Capturing Tibet : Colonialism and the Camera during the Mission to Lhasa 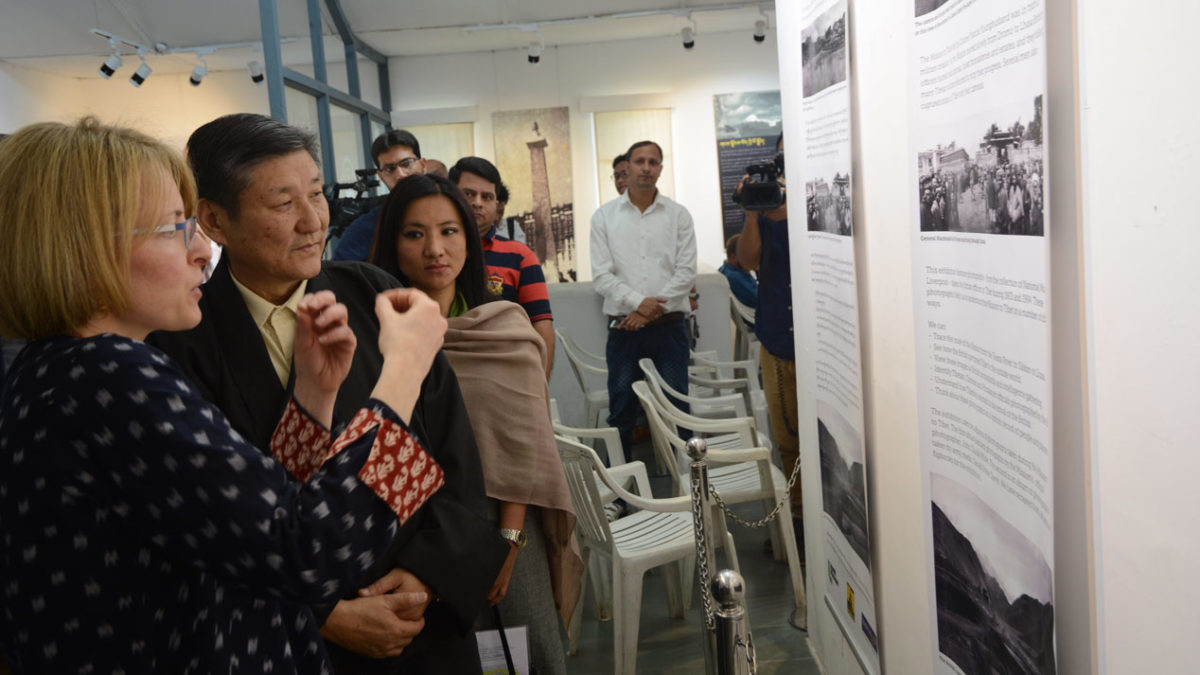 The Tibet Museum run and managed by the CTA, in association with University of Manchester and National Museums Liverpool (NML), showcased an unseen pictures of Tibet taken during the Younghusband expedition to Tibet in 1904, led by Colonel Francis Younghusband. 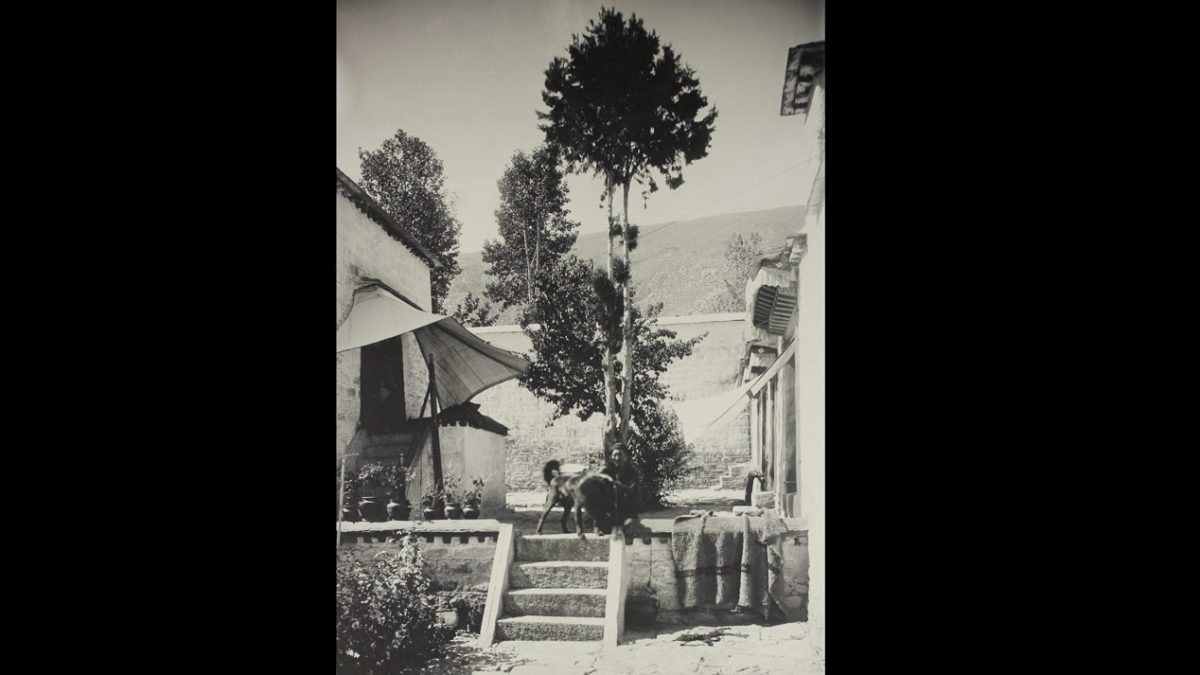 White also recorded the easiest way to enter buildings. At Nechung Monastery in Lhasa he photographed steps and staircases, doorways and even the guard dogs that could block the route 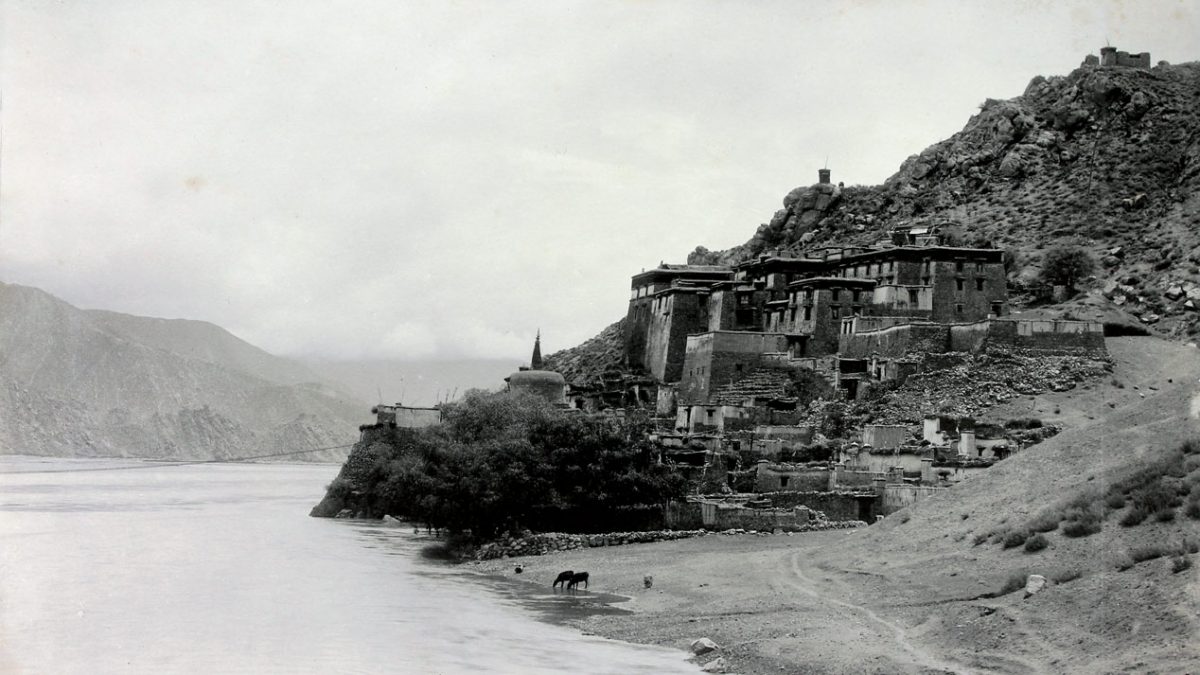 The British seized Chaksam Ferry and the boatmen as they marched to Lhasa. The British took many photographs. Without the ferry the Tsangpo formed a natural barrier that could not be crossed without building bridges. 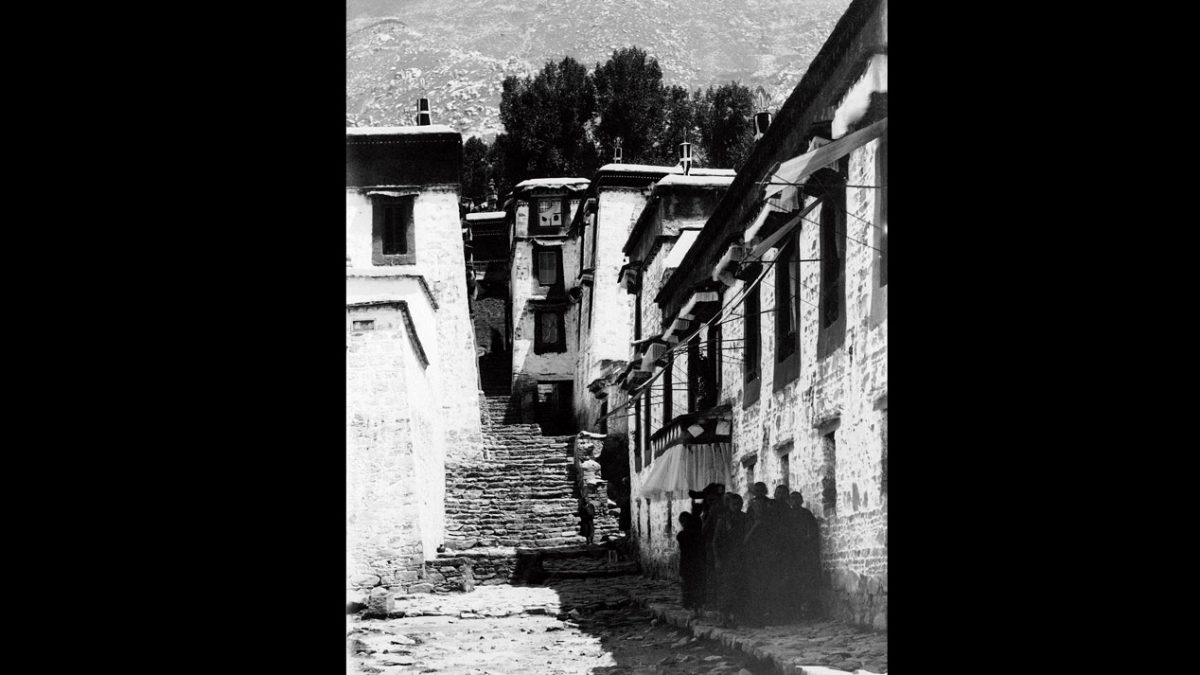 White also recorded the easiest way to enter buildings. At Nechung Monastery in Lhasa he photographed steps and staircases, doorways and even the guard dogs that could block the route. 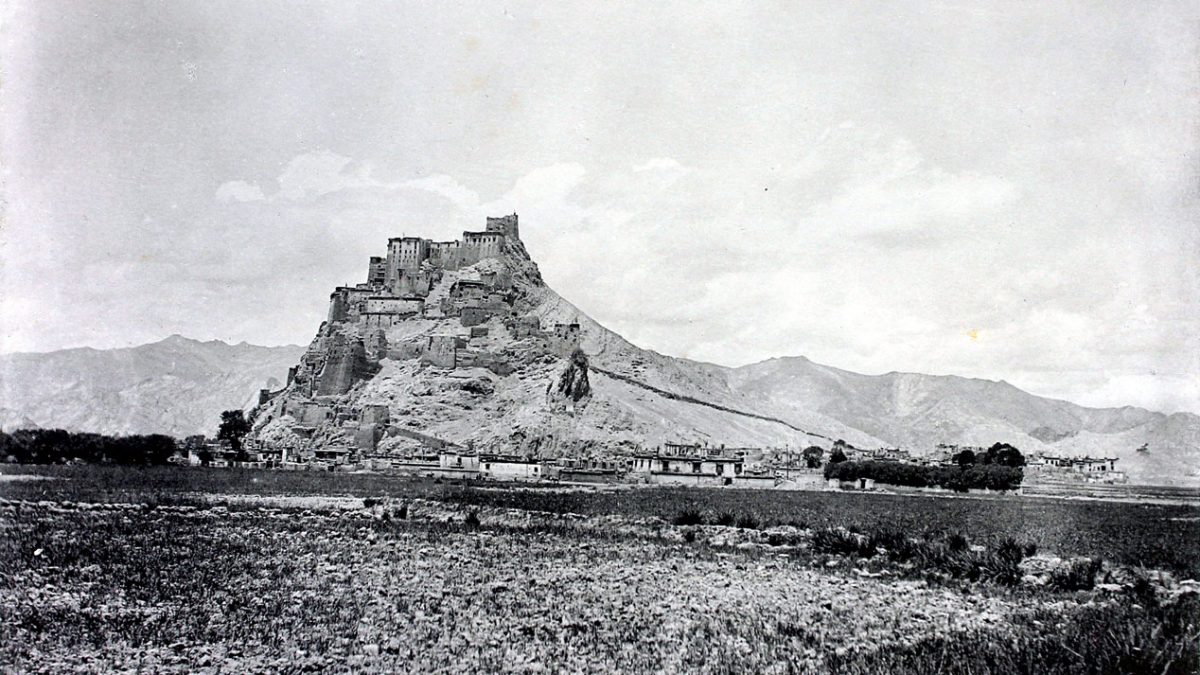 This photograph of Gyantse dzong was taken in April 1904. It shows the dzong before it was blown up by the British on 5th July. Between May and July Tibetan and British troop fought a bloody battle. As the British moved closer to capturing the dzong, they looted and destroyed Nenying Monastery, Tsechen Monastery and the Phala estate. 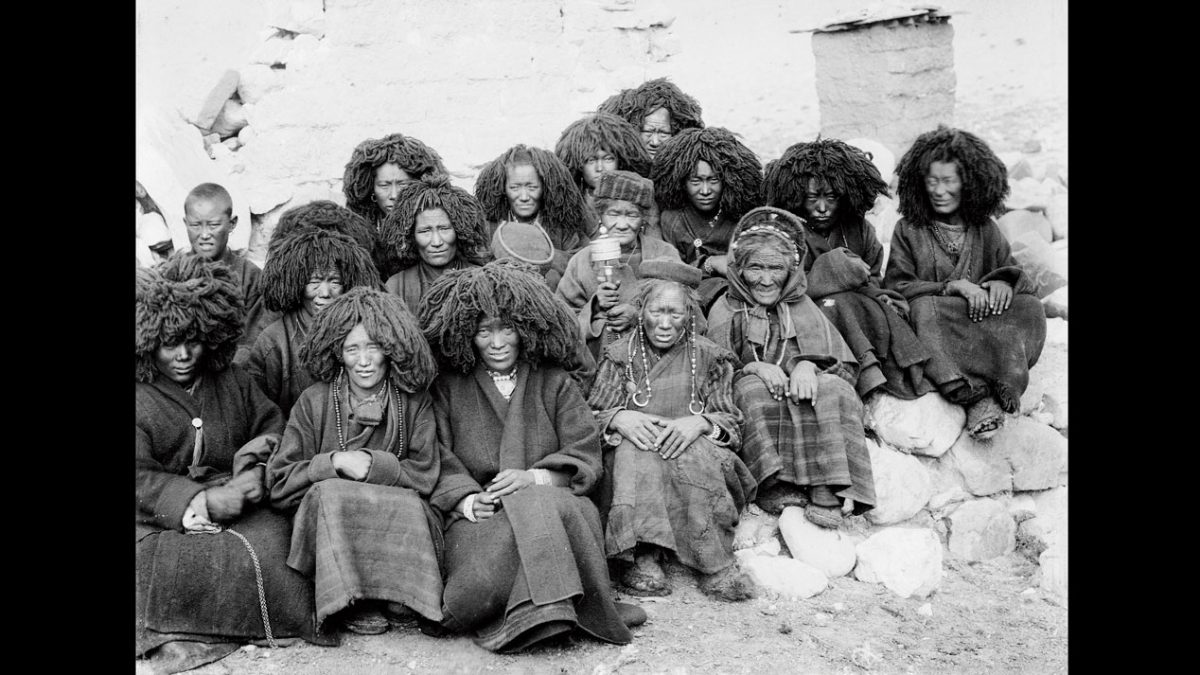 John Claude White recalled his visit to the nunnery in an article for the National Geographic magazine. He described the nuns as, “the dirtiest lot of women I have ever seen”. His comments reflect the racism shown towards Asian people by colonial officers during the British Empire’s rule. 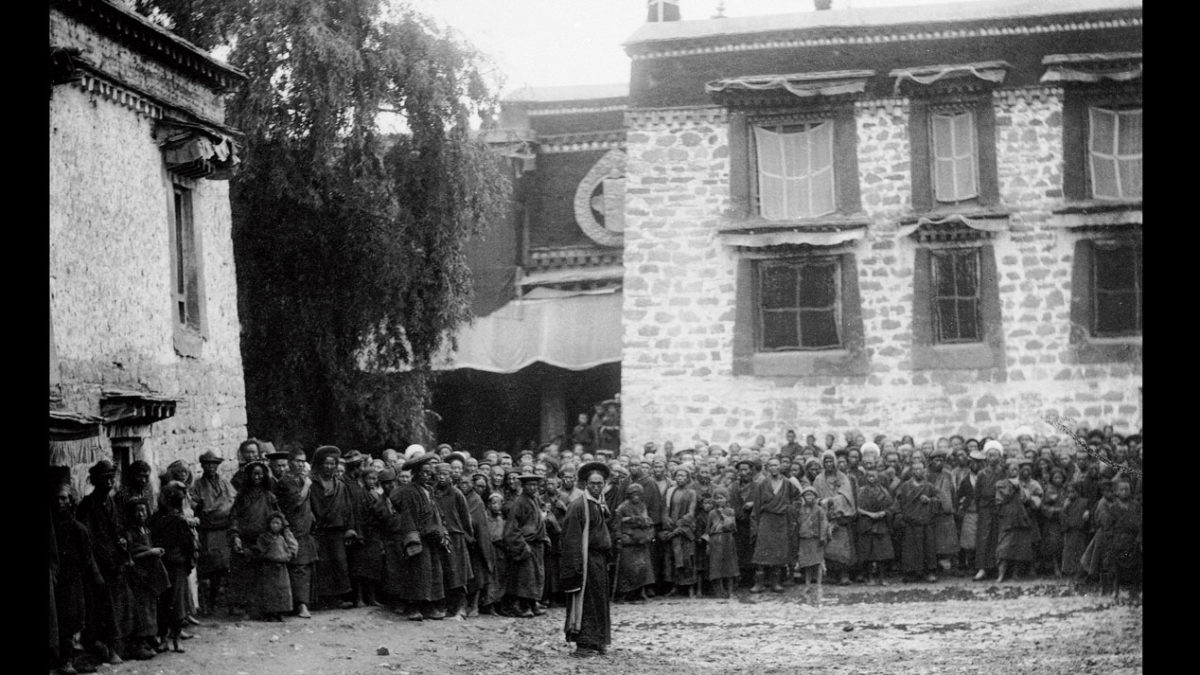 “View in Lhassa. Looking towards the Jo Khang”. Photograph by John Claude White. 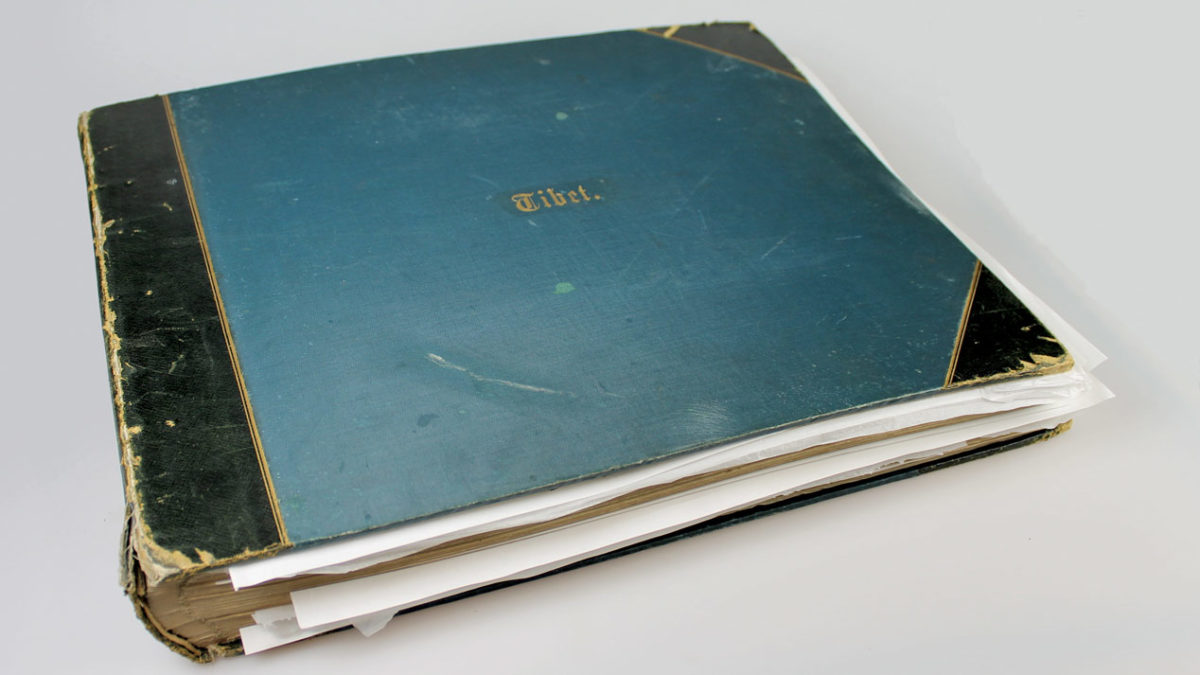 These large leather bound photograph albums with gold lettering were prestigious gifts. They were also very expensive to produce. 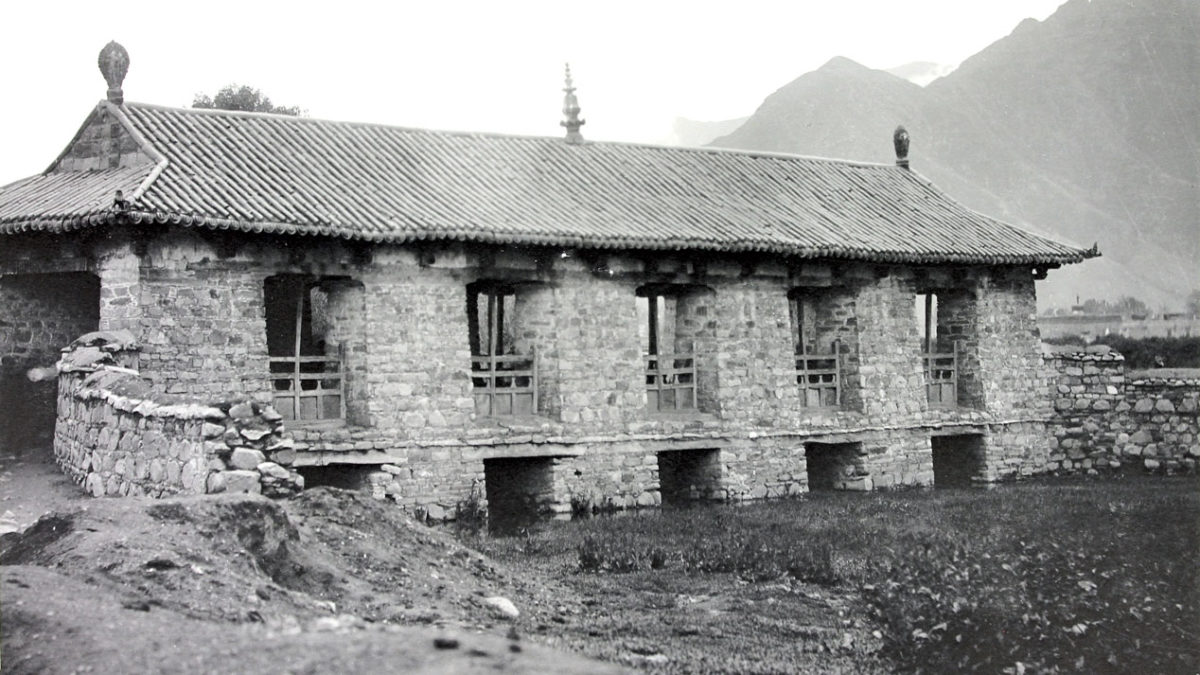 The Yuthok Bridge with its turquoise roof tiles once stood on the eastern edge of Lhasa. Today, it is a boutique in a busy shopping area of the city. 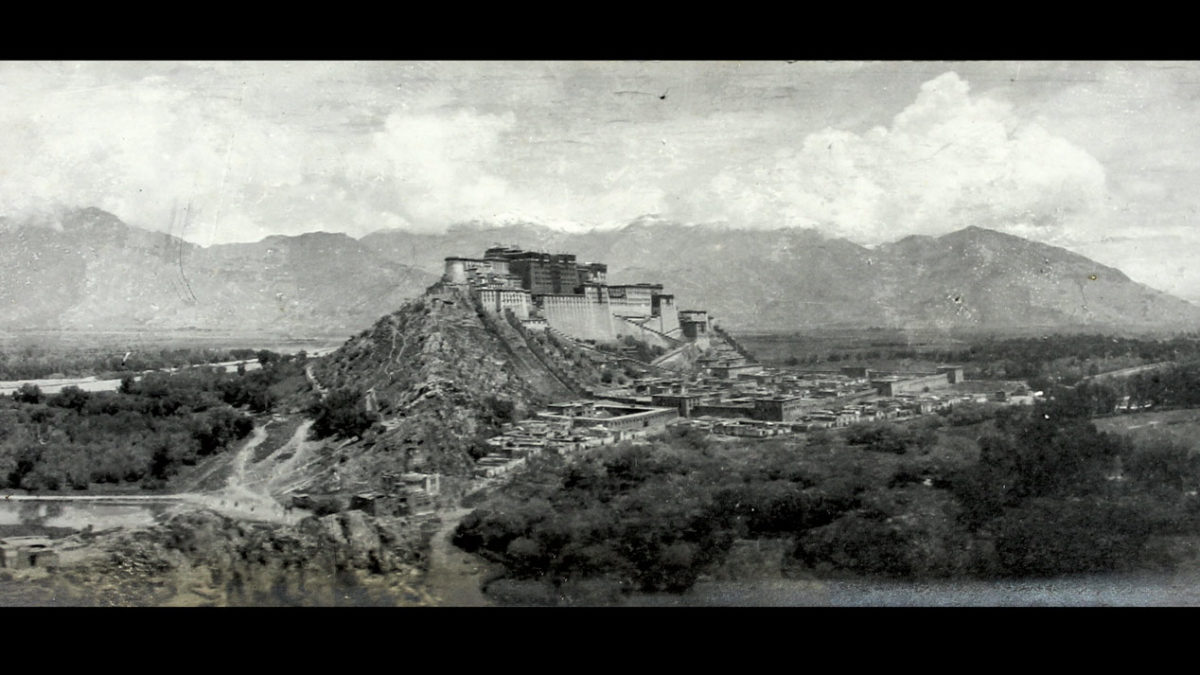 This photograph of Lhasa taken in August 1904 shows the many parks that surround the city. 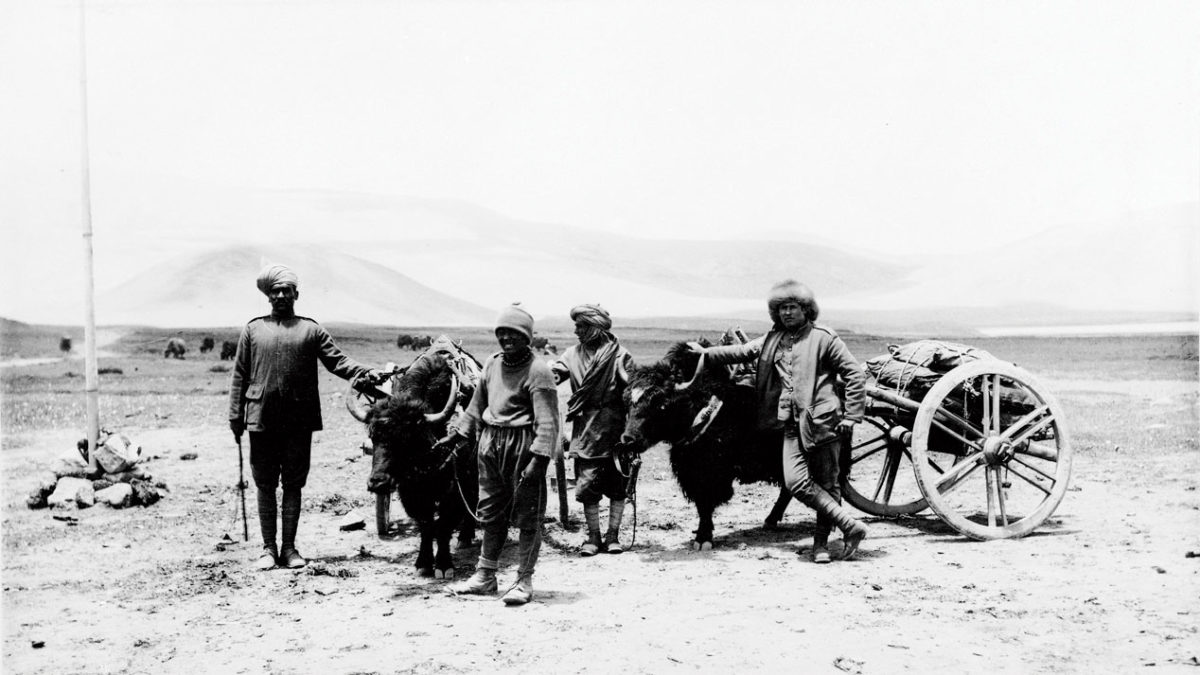 The ekka, or pony cart was adapted to fit the yak, so it could carry more supplies. In his book, The Unveiling of Lhasa, Edmund Candler was certain that, “It was due to the light ekka and that providentially ascetic beast, the yak, that we were able to reach Lhasa.”