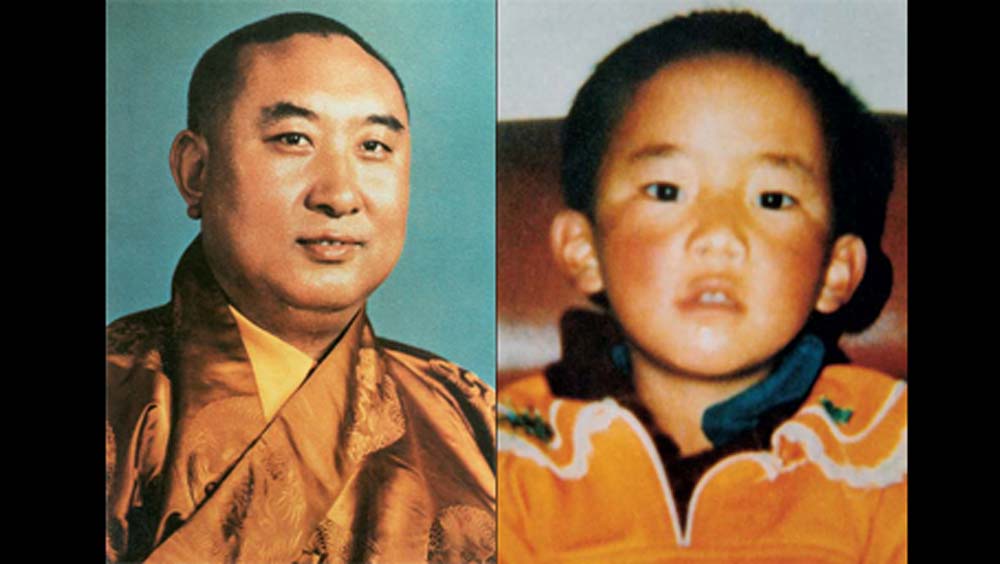 The 10th Panchen Lama, Lobsang Trinley Lhundrup Choekyi Gyaltsen, was born in 1938 and was recognised as the re-incarnation of the 9th Panchen Lama in 1951. Traditionally, the Panchen Lama is considered to be one of the most revered religious leaders of Tibet after the Dalai Lama.

On May 18, 1962, the Panchen Lama submitted a critical report, which later became known as ‘70,000 Character Petition’, to Chinese Premeir Zhou En-lai, detailing the sufferings, torture and inhuman treatments inflicted on Tibetans in the name of “Clampdown on Social Unrest” and “Democratic Reforms”. The Chinese government responded by accusing him of revolting against the party and purged him from his position. Later in 1964, he was subjected to struggle sessions. In 1968, the Chinese government imprisoned him and he was released only as late as in October 1977.

In 1980, the Panchen Lama was appointed the vice-chairman of the National People’s Congress. On his return, the Panchen Lama devoted all of his energies to the revival of Tibetan religion and culture, which were devastated during the Cultural Revolution. Unfortunately, these efforts were short-lived. In January 1989, when he returned to Shigatse after a long absence, he was welcomed home by 30,000 jubilant Tibetans. At that time, he delivered a speech in which he said that Tibet had lost more than it had gained under Chinese rule. Five days later he suffered a massive heart attack and passed away under mysterious circumstances in Tibet in 1989. He was only 51 years old.

His reincarnation, the 11th Panchen Lama, Gedun Choekyi Nyima was born on April 25, 1989 in Lhari County. He was recognised by His Holiness the Dalai Lama as the re-incarnation of the 10th Panchen Lama on May 14, 1995. Within three days (May 17, 1995) Gedun Choekyi Nyima and his parents were abducted from their home by the Chinese government and have not since been seen in public, despite repeated appeals by western governments to Beijing to reveal his whereabouts. Instead Beijing appointed its own Panchen Lama, Gyaltsen Norbu and has been forcing Tibetans to revere and recognize him as the 11th Panchen Lama. 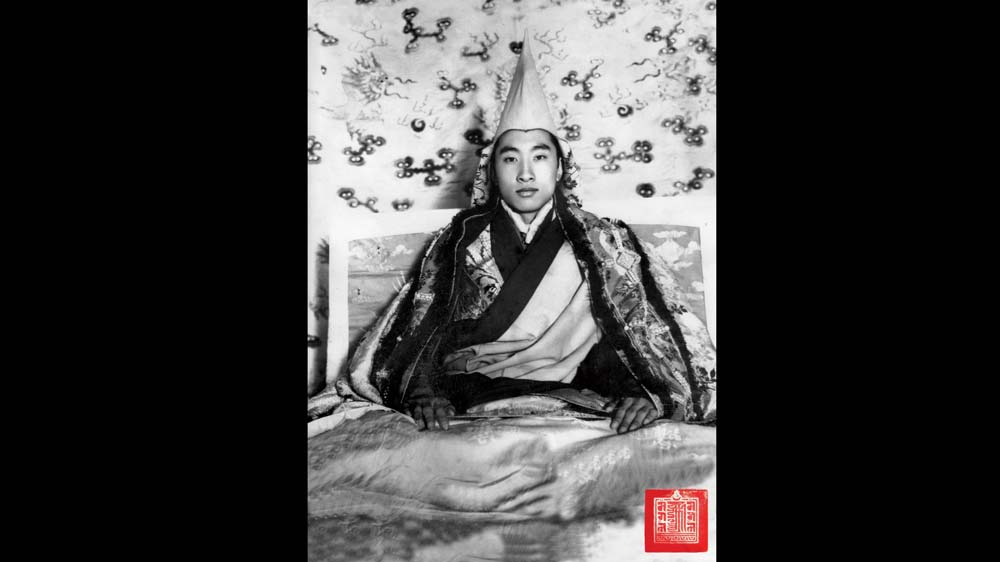 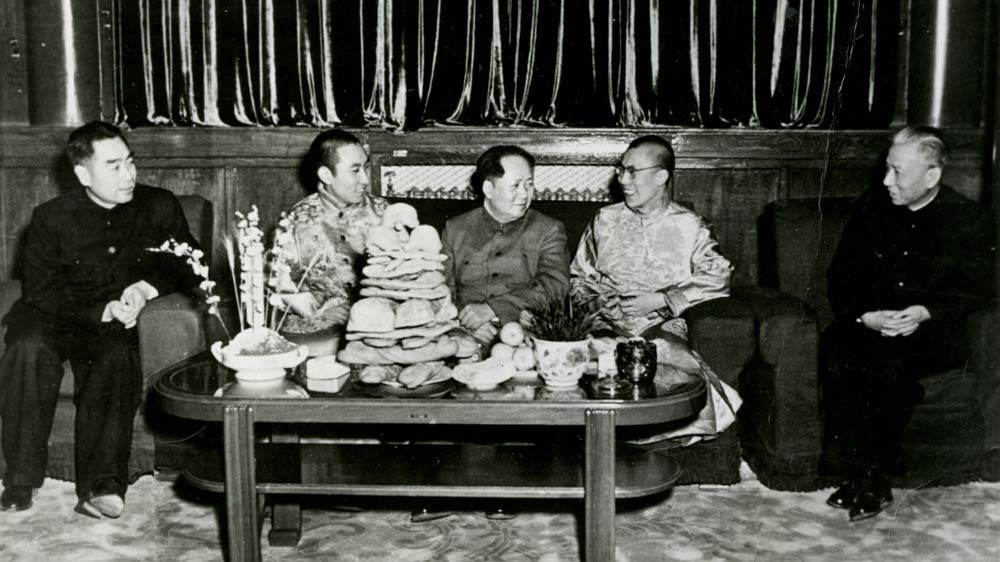 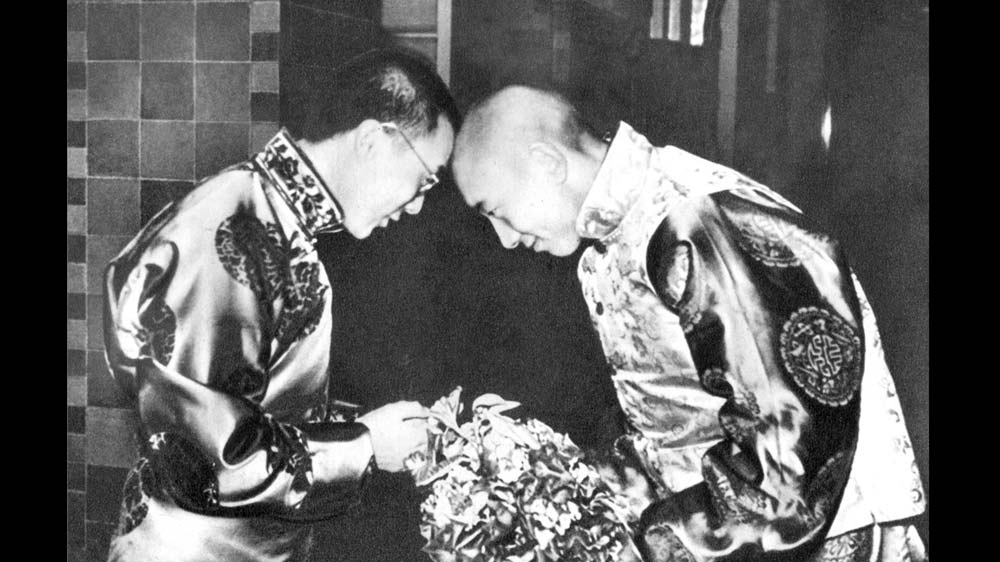 HH the Dalai Lama and the Panchen Lama with Chinese communist officials in China, Peking, 1955 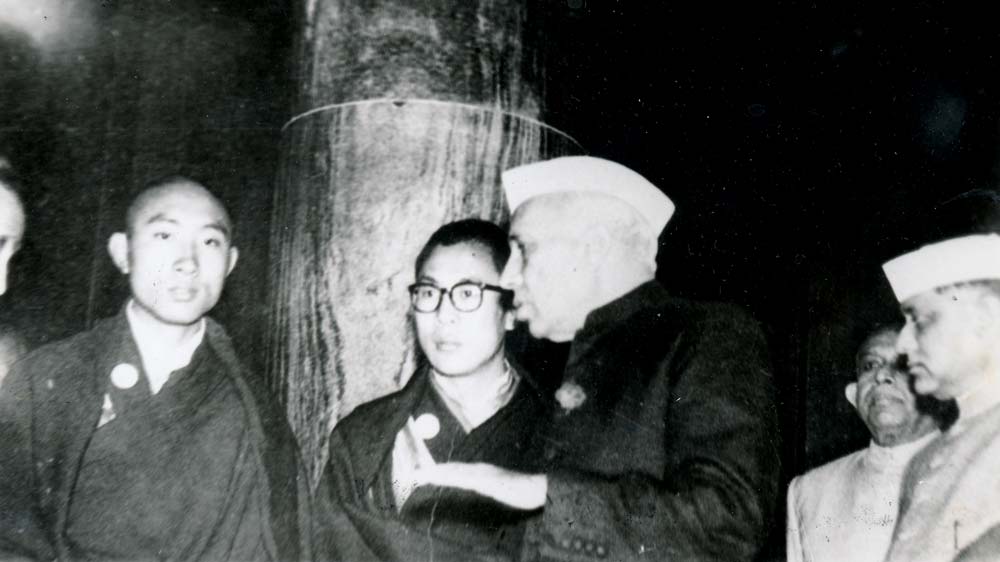 Pandit Jawaharlal Nehru, the then Prime Minister of India interacting with HH the Dalai Lama and Panchen Lama during one of their meetings, India, 1956 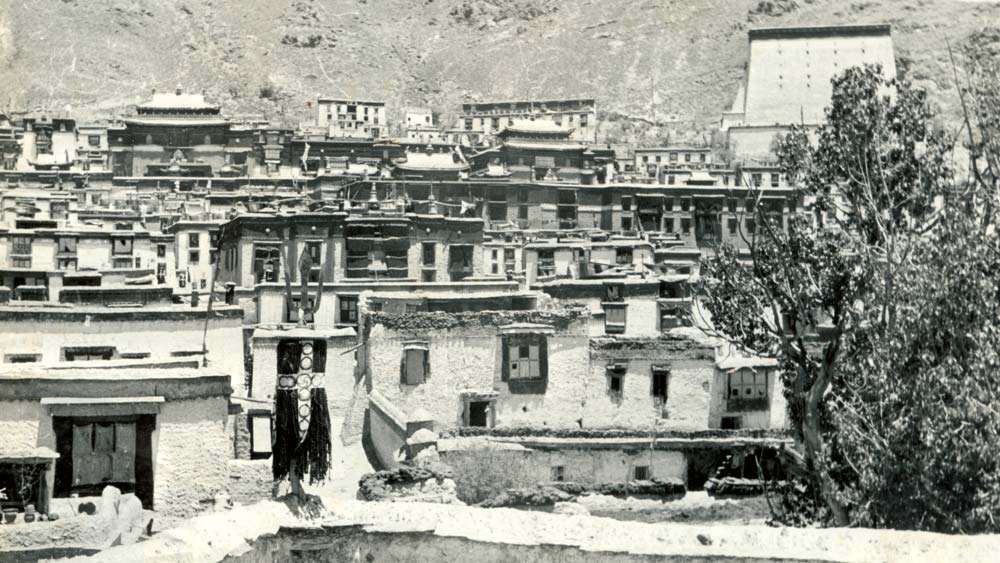 An undated photo of Tashi Lhunpo Monastery. Located in the west of Shigatse, Tashi Lhunpo is the traditional seat of the successive Panchen Lamas. It was founded in 1447 by the Gendun Drub, the first Dalai Lama, who was the disciple of Lama Tsongkhapa. Tashi Lhunpo was later expanded during the times of the 4th, 5th and 6th Panchen Lama. 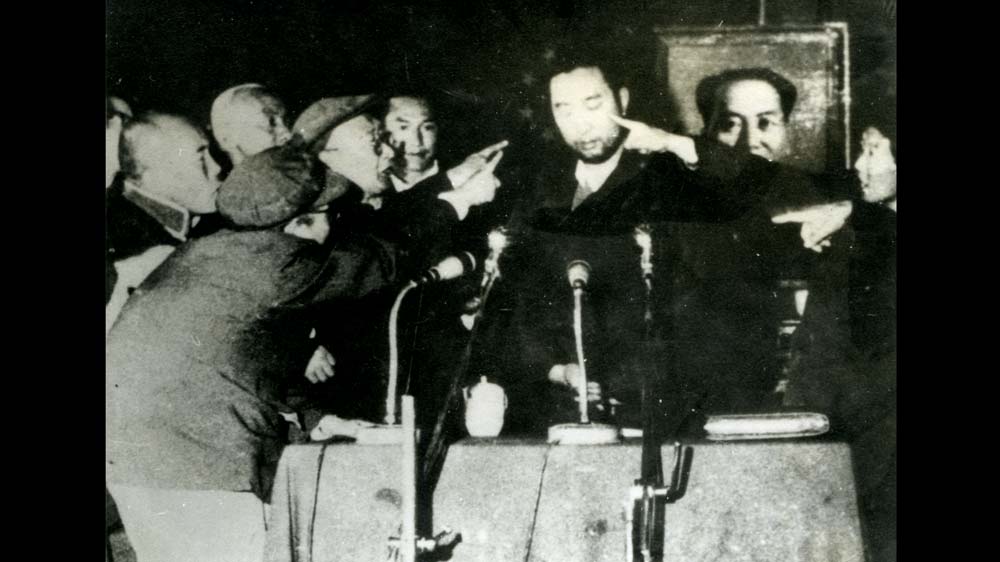 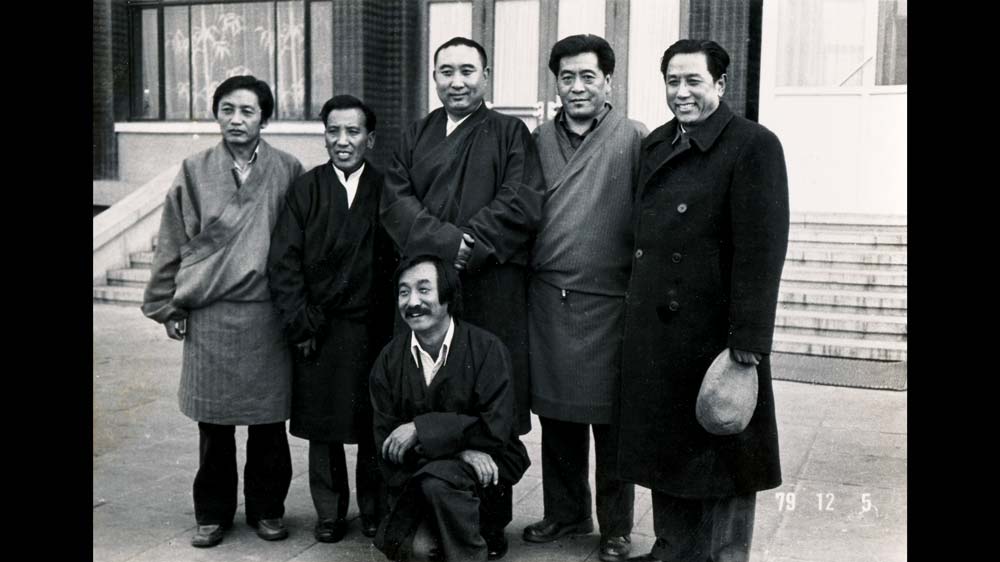 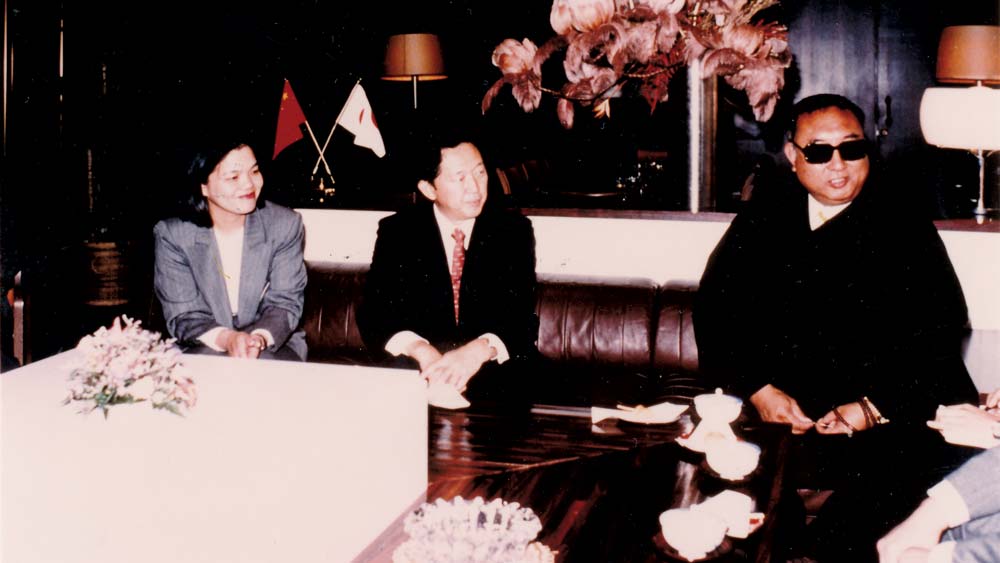 Panchen Lama interacting with Japanese officials during his Japan visit 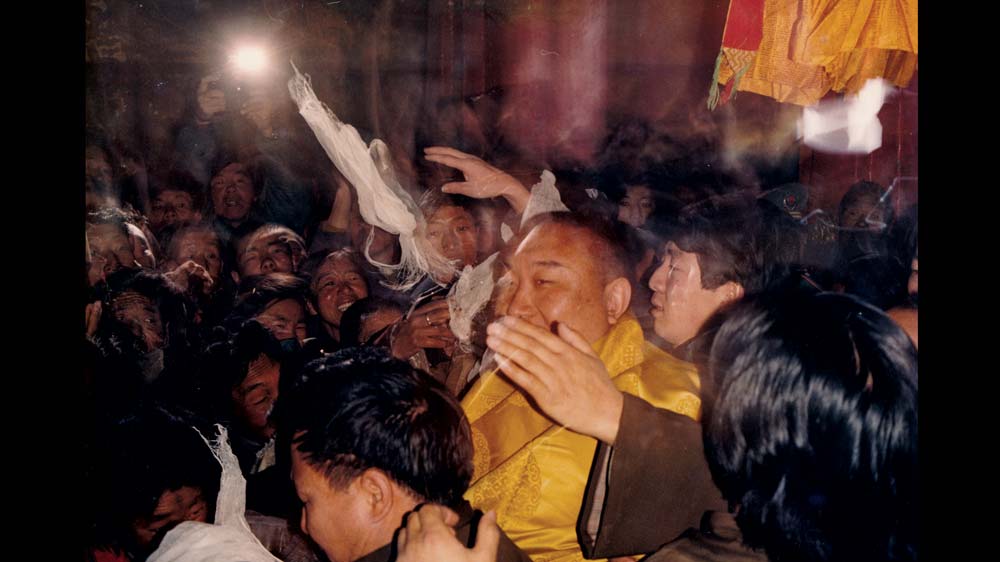 Panchen Lama visited Shigatse in January 1989 to consecrate the newly-renovated mausoleums of the previous Panchen Lamas. In his speech at Shigatse, he stated that Chinese rule in Tibet had brought more destruction than benefit to the Tibet people. Four days later the 10th Panchen Lama died at Tashilhunpo Monastery. 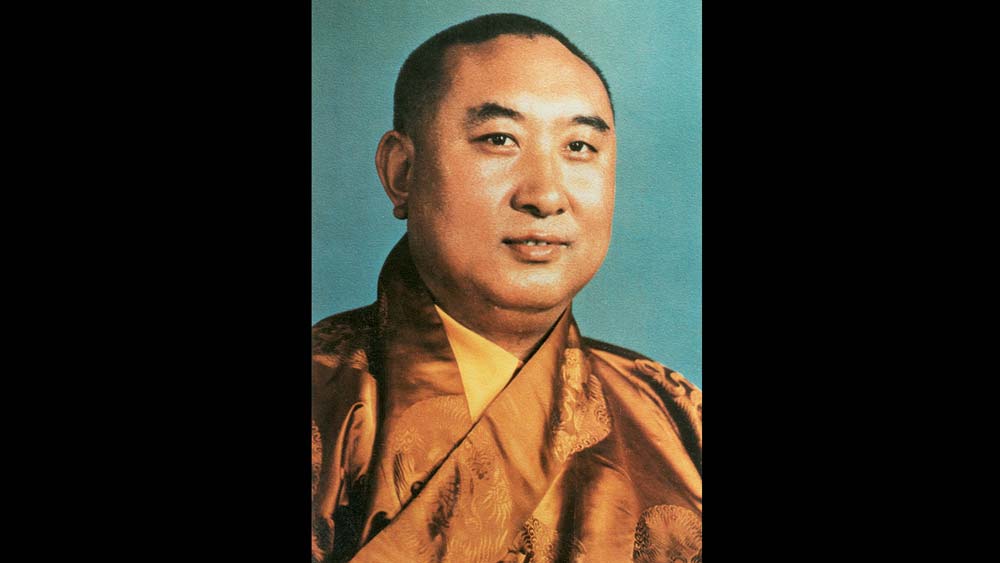 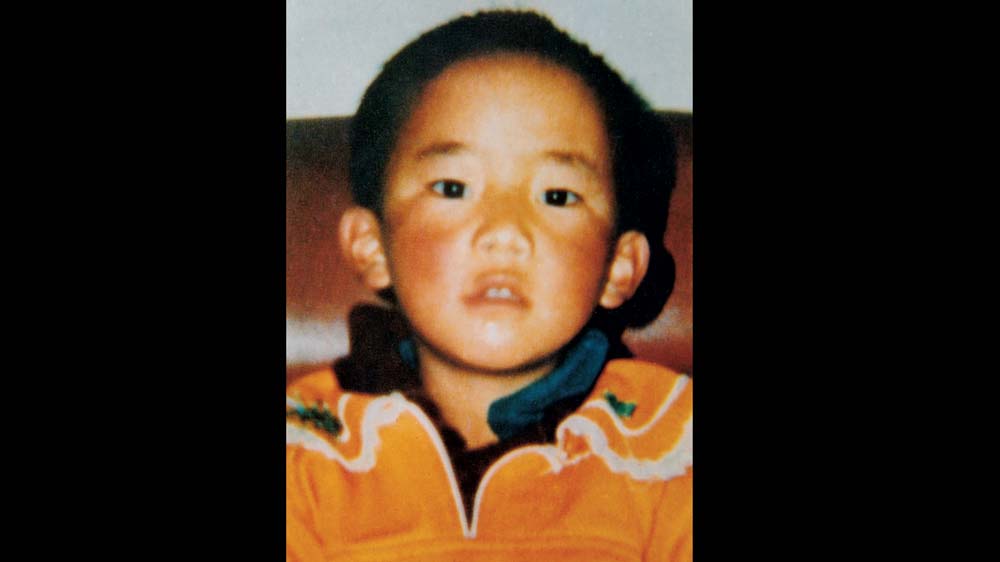 Gedhun Choekyi Nyima was recognised as the reincarnation of 10th Panchen Lama by His Holiness the Dalai Lama on 14 May 1995. Three days after the announcement by His Holiness the 14th Dalai Lama, Gedhun Choekyi Nyima, aged 6 years was abducted along with his family members. Almost 24 years since his disappearance, his well being and whereabouts still remains unknown. 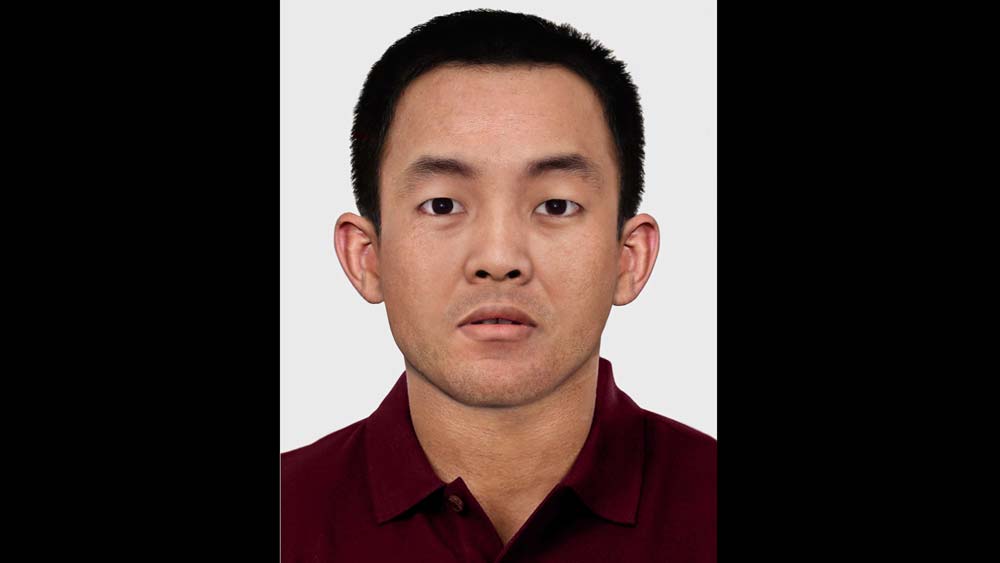