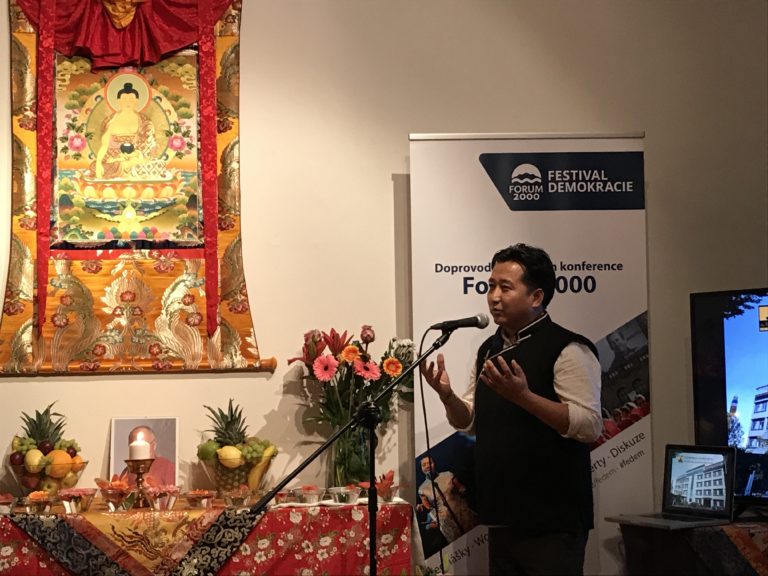 PRAGUE: A rare photo exhibition titled “The Life and Legacies of His Holiness the Dalai Lama” was opened at the Tibet Open House, Prague, the capital city of Czech Republic on Saturday, 14 October 2017. The exhibition was jointly organised by the Tibet Open House, Linhart Foundation and the Tibet Museum of the Department of Information and International Relations, Central Tibetan Administration.

Mr Tashi Phuntsok, Director of the Tibet Museum inaugurated the exhibition by lighting the ceremonial lamp. This was followed by introduction of the Tibet Open House programmes and a lecture on secular ethics by Geshe Yeshe Gawa, Spiritual and Cultural Director of the Tibet Open House. Later Mr Tashi Phuntsok, spoke about the importance of showcasing exhibition in Prague and gave a brief presentation on current Tibet Museum programmes as well as about new Tibet Museum and Education Center project. And a documentary film on His Holiness life was later screened after the presentation.

The exhibition opened to a great crowd with more than one hundred fifty people from the city joining the inaugural event and many more through Facebook live streaming. The exhibition featured His Holiness’ early life and responsibilities, meetings with world leaders, awards and honors received, books authored and co-authored by His Holiness and his three main commitments in life – Promotion of Human Values, Promotion of Inter-religious Harmony and Preservation of Tibetan Buddhist Culture.

The exhibition will continue to remain open at the Tibet Open House until the end of 2017.

Tibet Open House, founded by Jan Mayer and Alexandra Macurová, is a long-term Far East project of the Linhart Foundation. Programs are aimed at introducing, supporting and offering to the general public the cultural heritage of the Far East in the plurality of its aspects presently focusing on the region of Tibet. 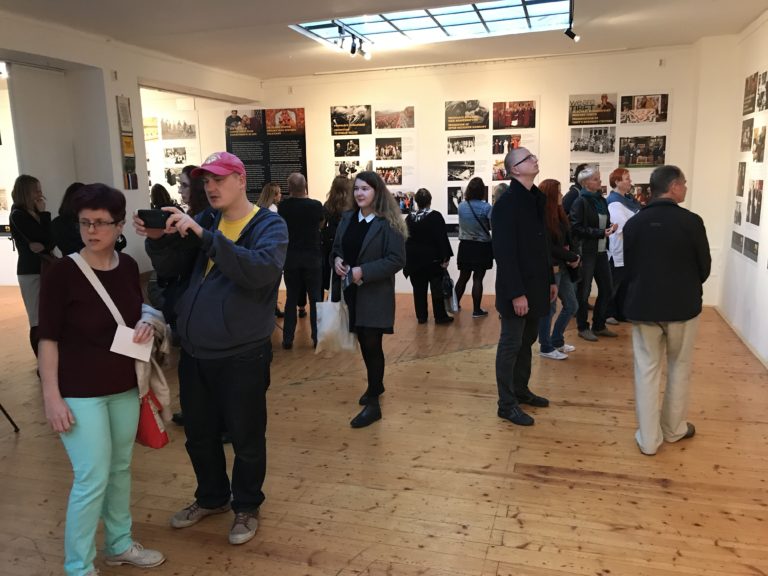 Visitors at the exhibit. 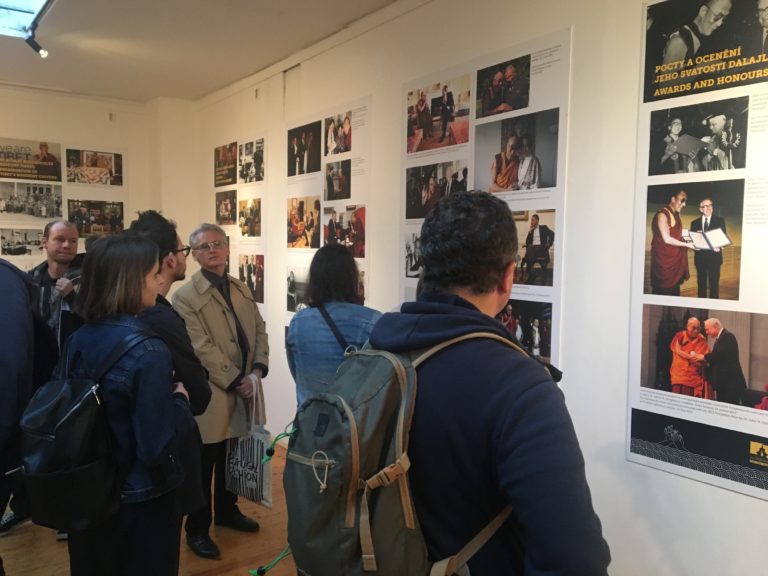 Visitors going through the exhibition.