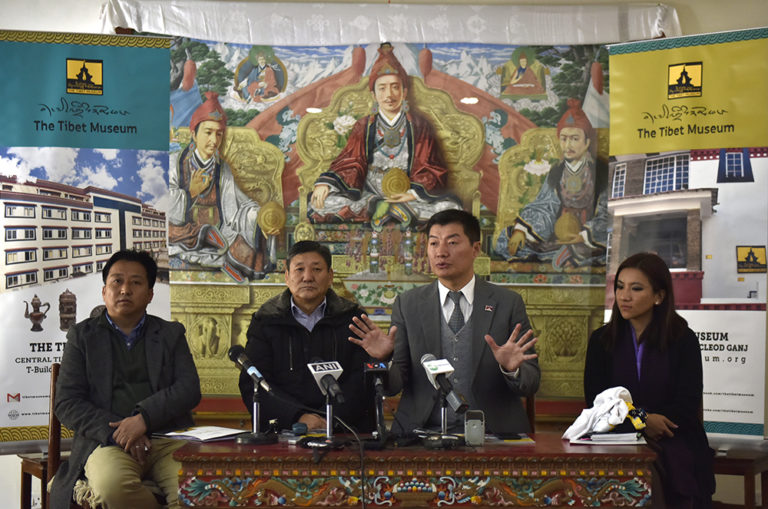 DHARAMSHALA: The Tibet Museum of Department of Information and International Relations (DIIR) organised a press conference today to inform the public about its new Tibet Museum project. The new Tibet Museum will be based at the Tibet Building currently under construction at Gangchen Kyishong.

President Dr Lobsang Sangay spoke about the Kashag’s Five-Fifty vision and how the Tibet Museum’s exhibition of Tibetan cultural and historical facts and artifacts can strengthen the Tibet narrative on the global stage.

“Following His Holiness the Dalai Lama’s advice of preparing for the worst and hoping for the best, the Kashag devised the 5/50 vision. Under the 5/50 vision, we will try to achieve genuine autonomy for Tibet through the Middle Way Approach in the next five years,” Dr Sangay said.

“In case we aren’t able to do that in the next five years, we need to strategise in order to strengthen and sustain our cause for the next 50 years. And The Tibet Museum’s role of raising awareness about Tibet and presenting Tibet’ history play a critical part in the fifty year strategy,” he added.

“Raising awareness about Tibet is pivotal to strengthening international support for the Tibet issue. The Tibet Museum will present Tibet’s sixty years of tragic history under Chinese occupation and the several thousand years of history as an independent nation to build an understanding of what happened to Tibet under China,” he explained.

“The new museum will also serve as a center of truth that will convey the tragic fate of Tibet and would let the visitors experience the destruction and the suffering that Tibetans went through under Chinese occupation,” he added.

Dr Sangay also underlined the huge financial costs that accompany the development of the new museum and encouraged Tibetans to donate financially.

“The New Tibet Museum under construction will cost around 600 Lacs. A major chunk of the fund (about 350 Lacs) has already been raised. The rest will also be raised over time. However, if individual Tibetans are willing to contribute, it will serve as an inspiration for others to do the same,” he said.

He also thanked those who have donated ancient artifacts, photos and relics to the museum. 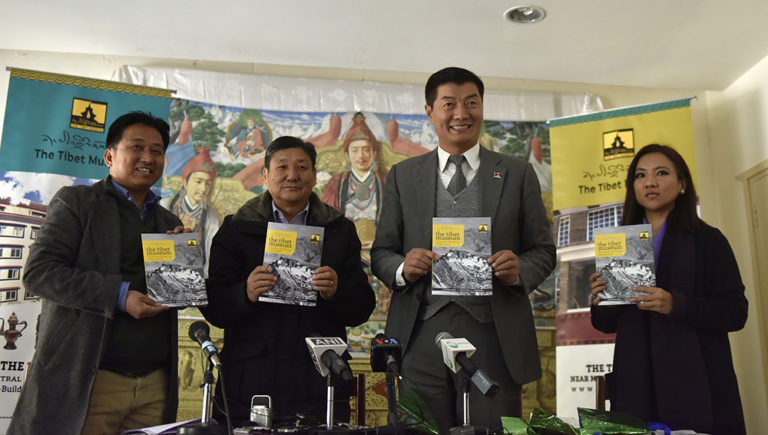 “In our effort to groom and incubate competent and qualified staff for the new Tibet Museum, we are announcing a master’s scholarship worth two lac rupees for one student willing to pursue studies in museology or related to museum management,” he said. However, the student will have to serve at the Tibet Museum for at least three years after completing the course.

“The most profound objective of any museum is to preserve memories. The memory of the 1.2 million Tibetans who died as a result of the Chinese occupation in Tibet is a poignant one. To preserve their memories and pay obeisance to their sacrifices, we are developing a memorial project in the new museum,” Secretary Dhardon Sharling said.

“For the project’s concept brief, we invite applicants to submit their concept notes. The selected concept will receive a prize of one lac rupees. The competition will be open till 10 March 2018,” she added.

Director Tashi Phunstok spoke about the objectives of the new Tibet Museum and how it will serve not only as one of the centers of Tibetan cultural and political memory, but also as a center of education for students, researchers, scholars etc.

“Our main hope is to develop the Tibet Museum in such a way that it doesn’t feel like the museum of CTA or DIIR or any organization, but one that belongs to Tibet and the Tibetan people. It would carry the hopes and aspirations of the entire Tibetan people,” he said. 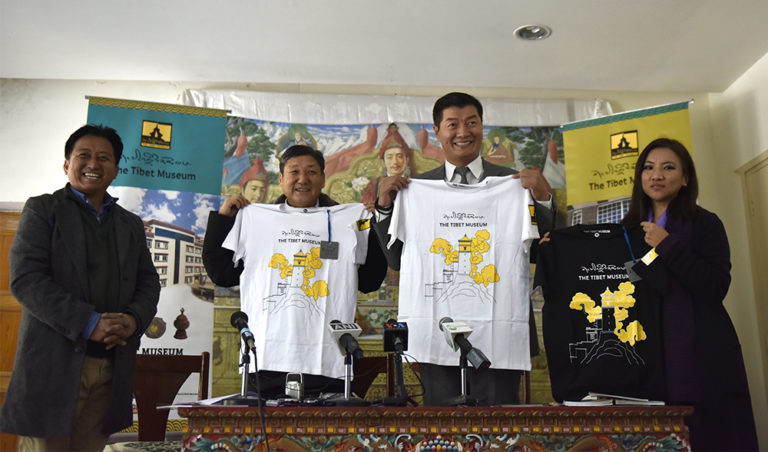 The press conference also saw the launch of a promotional T-shirt and a booklet on the new Tibet museum.

The new Tibet museum is build to overcome the space limitations of the current Tibet Museum based in His Holiness the Dalai Lama’s temple premise. The current museum is not large enough to present in one space Tibet’s history, culture and current situation inside Tibet, and the resilience of Tibetans in exile and at home.

The new Tibet museum is larger, technologically more advanced and will provide visitors a unique opportunity to explore and experience an uncensored version of Tibet. The development of the new museum is expected to be completed by July/August this year.