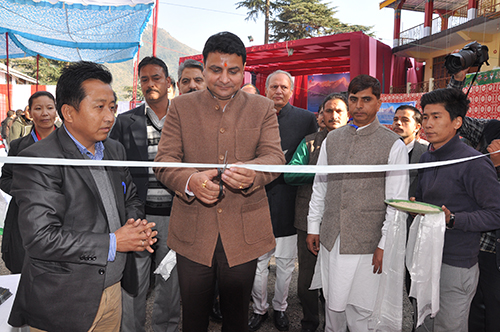 The Tibet Museum of the Department of Information and International Relations, Central Tibetan Administration, showcased a rare photo exhibition on Indo-Tibet Relations titled “India and Tibet – Ancient Ties, Current Bonds” during the two-day International Himalayan Festival in Dharamshala. The festival was held on December 10-11 2014, at the Tibetan Institute of Performing Arts.

The festival celebrated the 25th anniversary of the conferment of the Nobel Peace Prize to His Holiness the Dalai Lama on December 10, 1989. 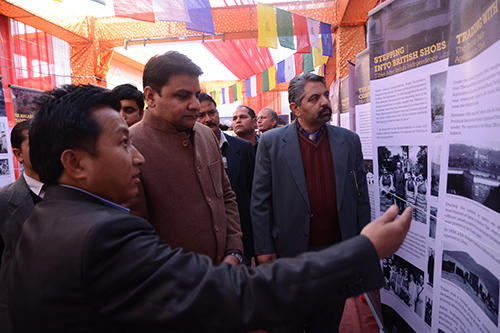 The exhibition presents the historical relations between Tibet and India from Tibet’s 33rd King Songtsen Gampo until present days and stresses the mutual importance of the two countries’ relationship.

The Himalayan Festival was started in the early 90′s to commemorate the Nobel peace prize awarded to His Holiness the Dalai Lama. The Festival resumed this year thanks to financial support from the State government and the Central Tibetan Administration. 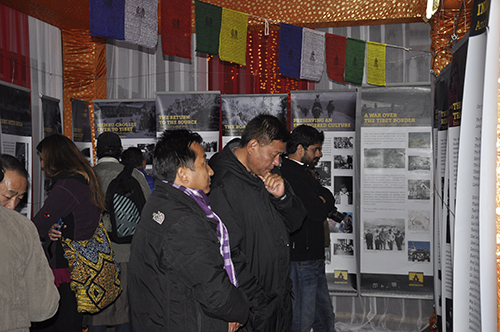 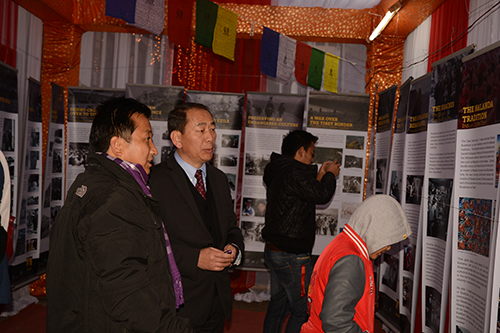 Kasur Lobsang Nyandak, Executive Director of the Tibet Fund at the exhibition