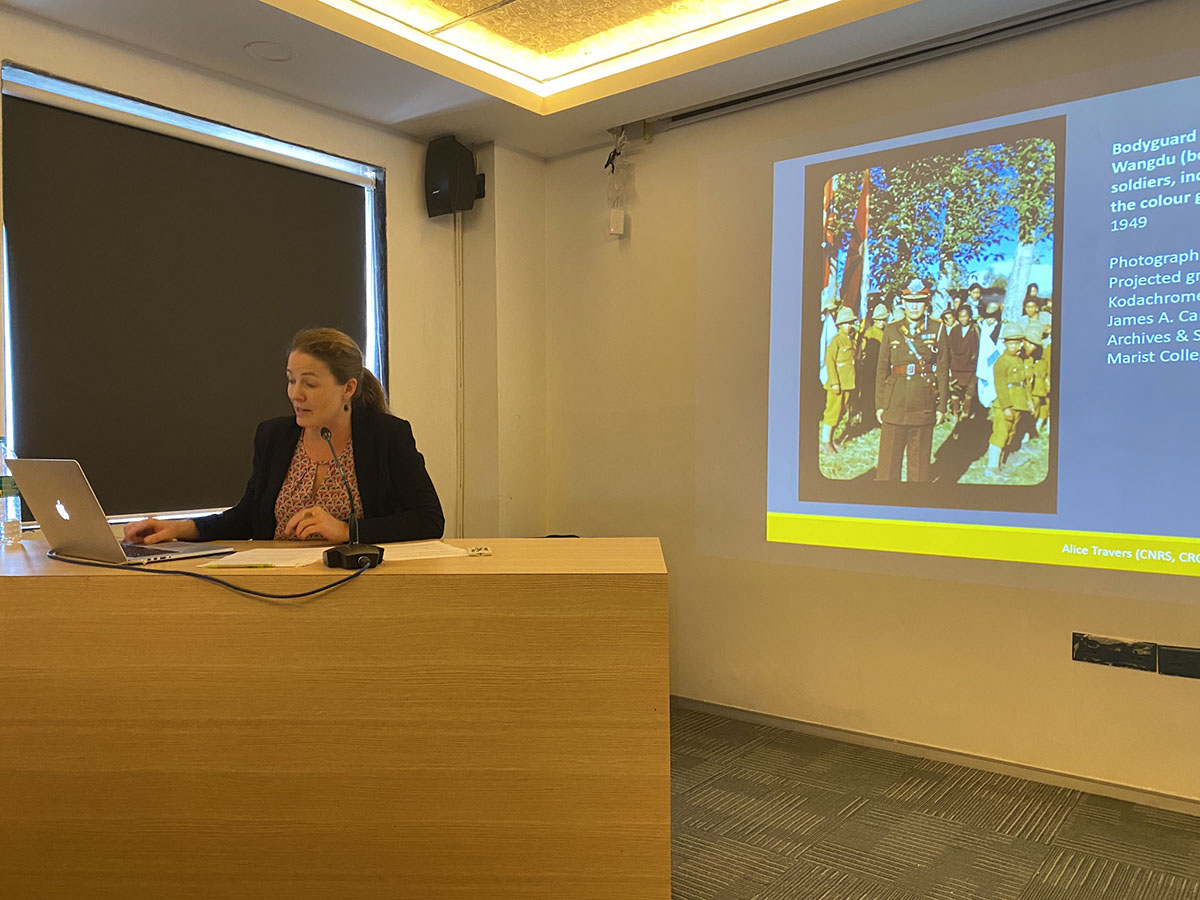 The speaker Dr. Alice Travers giving a presentation on the topic.

Alice Travers presented the variety of flags carried between 1911 and 1959 by the army of the Tibetan government known as the Ganden Phodrang (1642-1959), an army that was mainly composed of two types of troops serving as a tax or corvée duty, i.e., the regular troops and the militia. She presents findings that are displayed in the exhibition “The Tibetan army in Historic Photographs” currently shown at LTWA as well as in her recent book “Marching into View” (edition Tethys 2022). The speaker continued her presentation by saying before 1913, flags are very rarely seen in photographs and comprised only small flags attached to the soldiers’ matchlock, or triangular flags attached on poles. From 1920 onwards, photographic sources show a growing diversity of flags: small signaling flags and a variety of large rectangular banners attached on poles, be they regimental ones, i.e., flags that were specific to particular regiments; army flags (Uniformly carried by all regiments) or Tibet’s national flag carried by all Tibetan troops and “adapted” to each regiment (with the addition on the flag of the regiment’s letter ka, kha, ga, 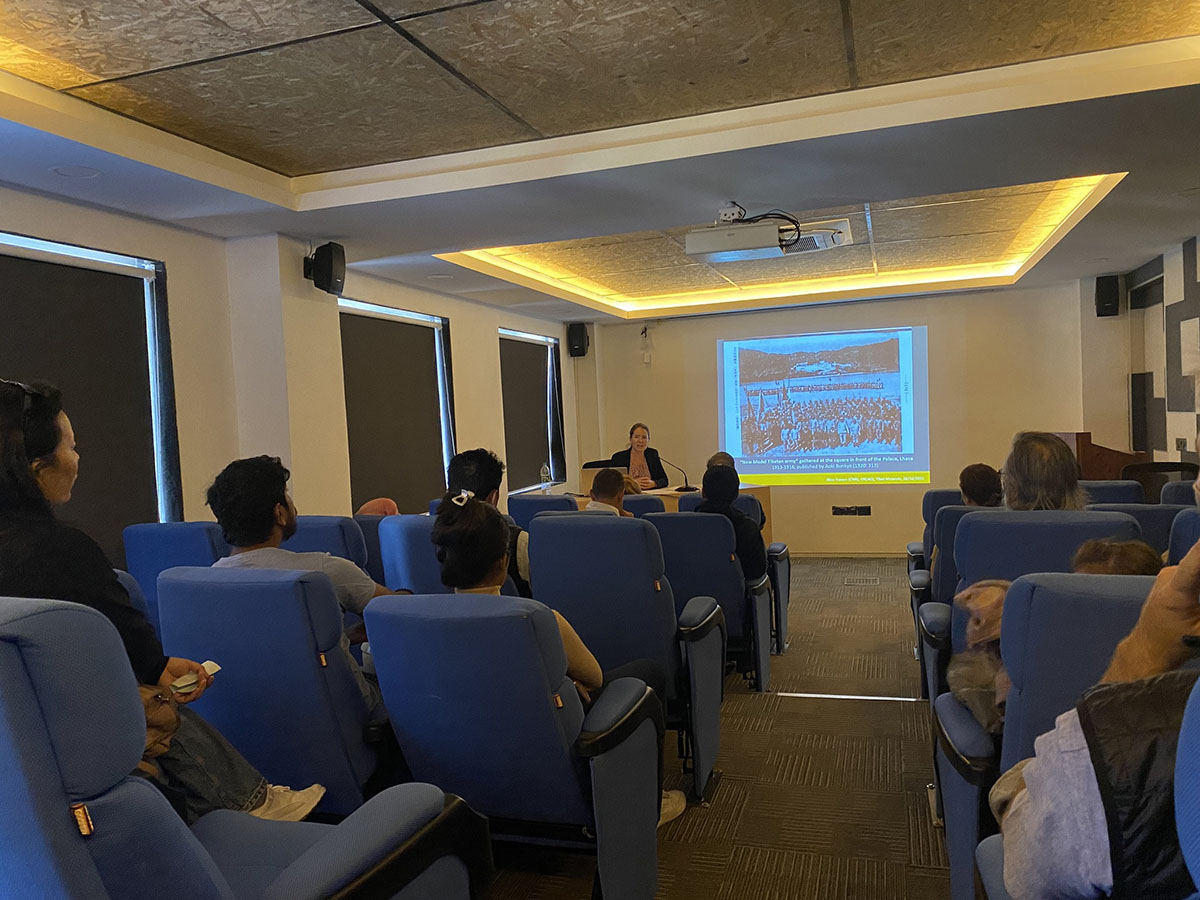 The speaker also spoke on the military flags and their composition and significance by focusing on the very ancient image of the snow lion (dating back to the Tibetan empire), appearing alone in photographs (in one image from the French diplomatic archives displaying what could be an earlier version of Tibet’s national flag) or in pairs, as well as, from the 1940s, the crossed vajra.

The speaker then stresses the appearance of a flag that were representing a protective deity by mentioning the general symbols contained in Tibetan military flags, featuring also snow mountains, heavenly bodies, the Wheel of Joy, and the Three Flaming Jewels, and raised on poles topped with finials in the shape of tridents or Flaming Swords, with, in some cases, the addition of Victory Banners, all emphasize the role of the Tibetan army as protector of both the Tibetan state and of the Buddhist faith and convey ideas of stability, victory, and indestructibility, ideals that fit both the secular and the spiritual spheres. 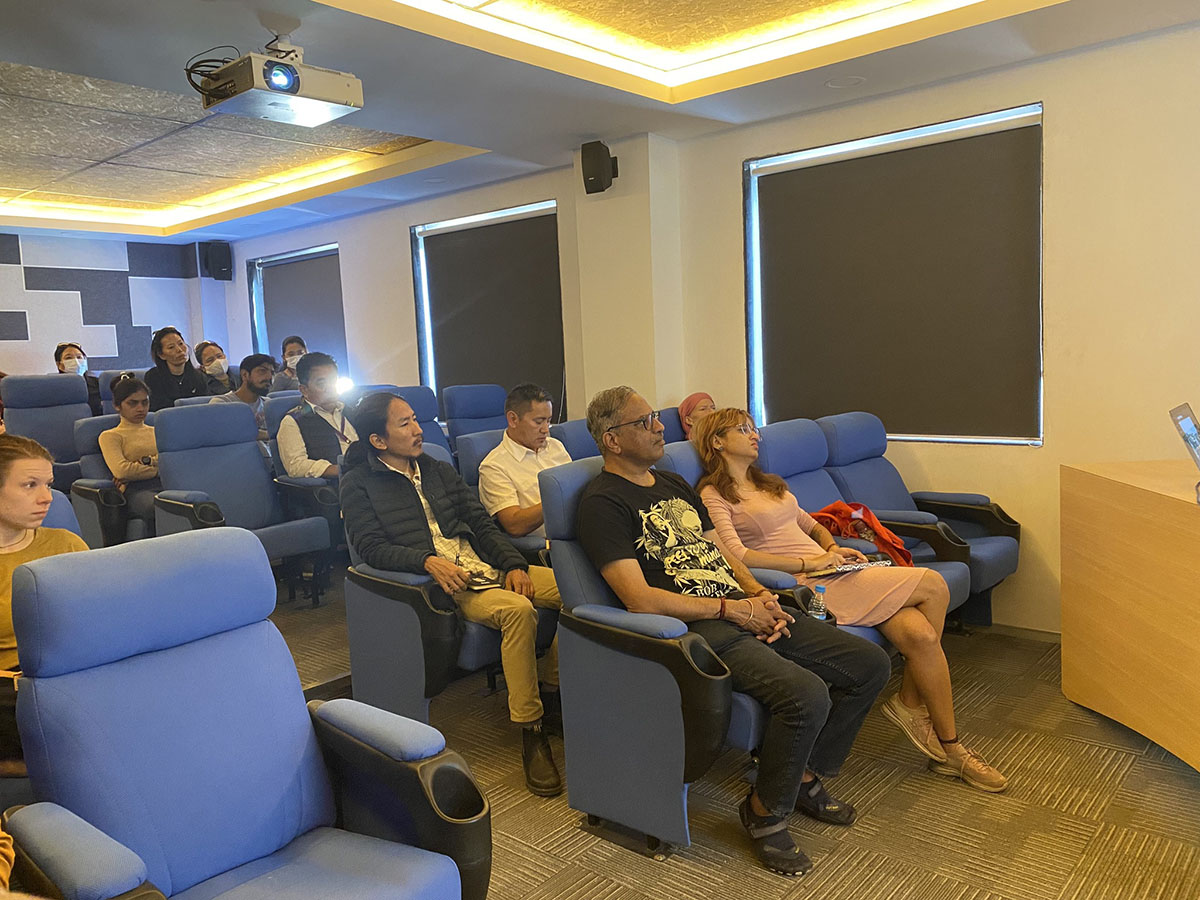 The event successfully ended with the 10 minutes of question and answer session and vote of thanks to the speaker and audience for their active participation by Mr. Tenzin Topdhen, director of the Tibet Museum, Central Tibetan Administration, DIIR, Dharamshala, Himachal Pradesh. 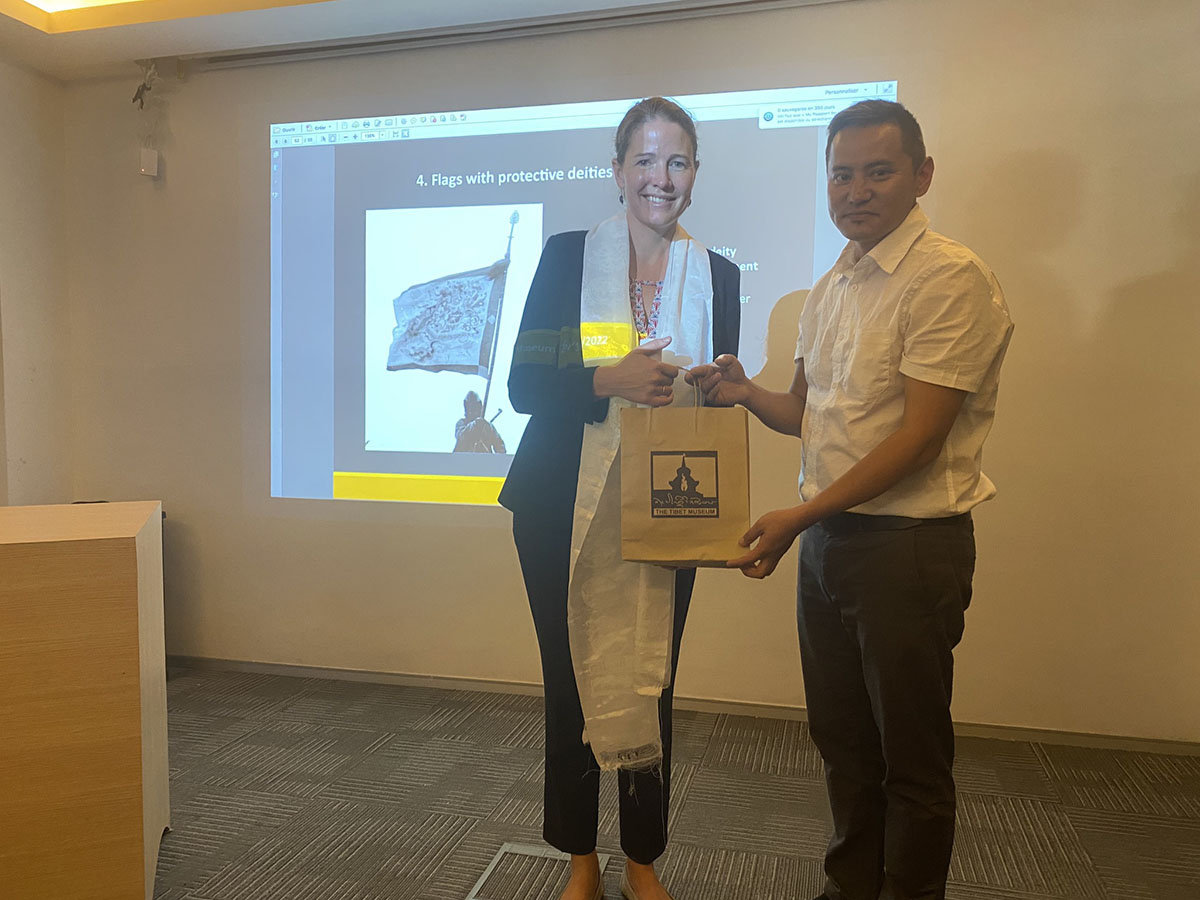 Reported by – The Tibet Museum.