Chief Guest at the inaugural ceremony was Finance Kalon Karma Yeshi of the Department of Finance CTA and Special guest was Secretary Tsewang Gyalpo Arya of the Department of Information and International Relations (DIIR). Also in attendance were, Ms. Silvia Fernandez Munguia, Asia and Europe Regional Programme Manager of International Coalition of Sites of Conscience, Mr. Tashi Phuntsok, Director of The Tibet Museum and the staff.

The 2019 Regional Meeting will create a space where participants can identify, share and exchange lessons and best practices in confronting a colonialist heritage and its contemporary forms of interethnic, divisive, racial violence. Throughout the meeting, participants will learn and experience firsthand Tibet’s efforts to preserve its history and culture, also explore and address the unique colonial legacies in countries like the Philippines, Cambodia, Sri Lanka, and India.

His Holiness the Dalai Lama once made a proclamation during his address to a gathering of museum delegates from around the world where he said, “Knowledge must be shared to grow a world with more empathy and caring for one another, and museums are the medium”. Likewise, 2019 Asian Sites of Conscience Regional Meeting endeavors to manifest that same ethos.

The three-day meeting will discuss on the theme-“Reconstructing Memories: Objects, Narratives and the Legacies of Colonialism”

In his keynote address, Chief guest Kalon Karma Yeshi spoke on the significance of museum and elucidated that Tibet museum in particular has been a key mechanism in educating people about the rich Tibetan culture and tradition.

He also mentioned the Tibetan Scholars who translated the Buddha’s Teaching into the Tibetan Language (Kangyur and the Tengyur) and noted how Tibetans are indebted to the work of those masters which enabled Tibetans to preserve the Buddhist culture even now. 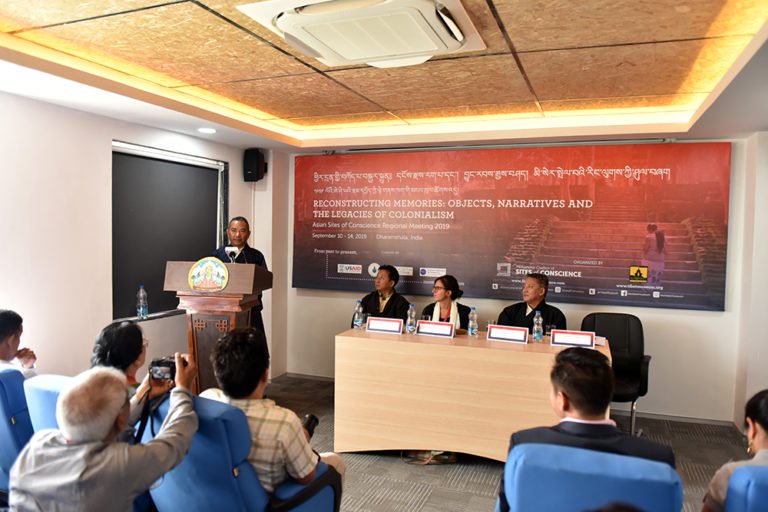 Special guest, Tsewang Gyalpo Arya, Secretary of DIIR, CTA gave a brief history of China’s occupation of Tibet highlighting the tireless effort of His Holiness the Dalai Lama, the support of the Government and people of India and also International support groups in keeping the Tibetan culture alive in exile.

Ms Silvia Fernandez Munguia, Regional Programme Manager talked about the aims and objectives of “2019 Asian Sites of Conscience Regional Meeting.” She said the International Coalition of Sites of Conscience (the Coalition) is the only global network helping historic sites, museums and memory initiatives that connect past struggles to today’s movements for human rights and social justice. With over 275 members in 65 countries, the Coalition builds the capacity of its members through grants, networking, training, transitional justice mechanisms, and advocacy. 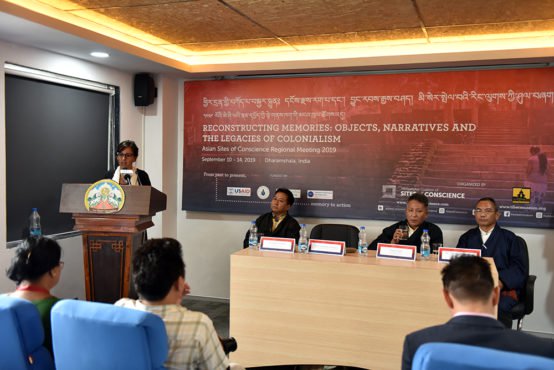 The 2019 Asian Sites of Conscience Regional Meeting includes capacity-building workshops, working groups and plenary sessions structured to support the development of regional partnerships and the launching of “Our Shared Journeys,” a long-term regional collaborative project that aims to shift from large-scale societal narratives to bring forward local, site-specific, memories. The project aspires to create common understandings of shared histories, around the different ways in which colonialism manifested in the region and the ways colonial histories still influence local histories.

Participants from 7 countries and 5 representatives of Tibetan civil society are participating in the meeting.

The three-day meeting will conclude on 14 September 2019. 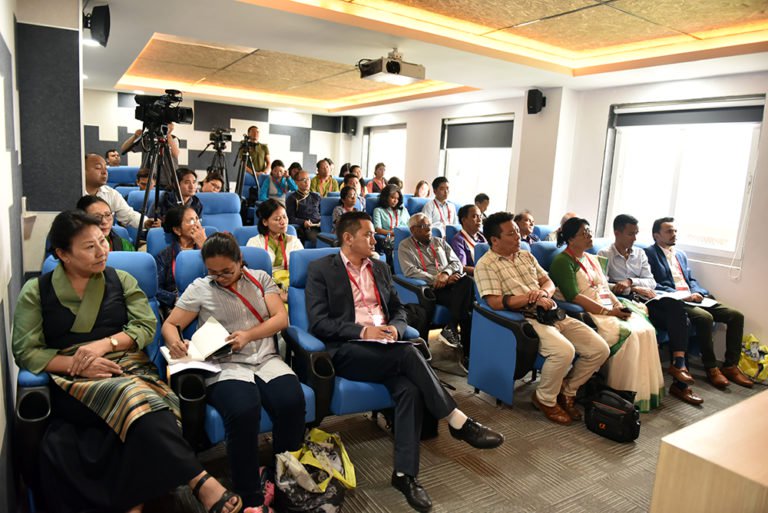 Guests and the participants at the inaugural ceremony of 2019 Asian Sites of Conscience Regional Meeting. Photo/Tenzin Phende/CTA