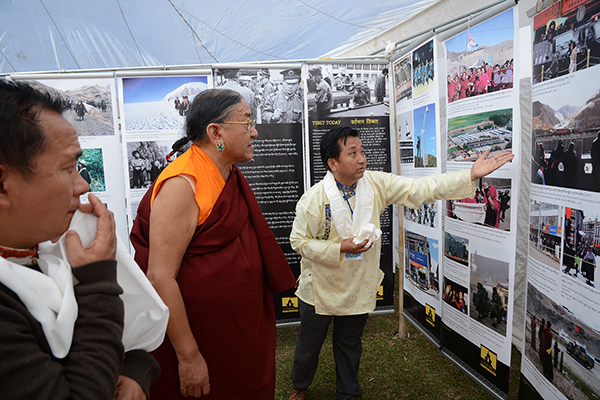 Rewalsar: Thousands of visitors thronged in large numbers to see the photo exhibition on His Holiness the Dalai Lama and Tibet’s contemporary history during the Tsechu (Mahakumbh) Festival, at TsoPema/Rewalser, from February 16 – 18, 2016.

The first exhibition ‘The Biography of His Holiness the Dalai Lama’ features extensive photographic and textual information on the life and messages of His Holiness the Dalai Lama, while the second exhibition ‘A Long Look Homeward’ features photographic narratives on Tibet before the Chinese occupation, results of the Chinese occupation, Tibet Today and hope for its future.

Shri Ravi Thakur, MLA from Lahual and Spiti, Himachal Pradesh, inaugurated the exhibition along with Shri Dyan Chand, Tehsildhar of Rewalsar, on February 16, 2016.

The three-day long exhibition saw an overwhelming response from Tibetans and Himalayan Buddhist pilgrims who were gathered at the Tso Pema to commemorate the birthday of Guru Padma Sambhava (“The lotus born” Guru), who was supposedly born on the 10th day of the 1st month of the Tibetan lunar calendar in the monkey year. The Tsechu (Mahakumbh) festival was held once every 12 years in the monkey year, which falls this year.

The exhibition was organized by the Tibet Museum of the Department of Information and International Relations, Central Tibetan Administration in cooperation with Mandi Tibetan Settlement Office and Rewalsar Indo – Tibetan Friendship Society. The exhibition was held to educate Tibetans and Himalayan pilgrims about His Holiness life and messages and to raise awareness about Tibet’s history, culture, current situations and the travails of the Tibetan people since the occupation of Tibet by the People’s Republic of China in 1959. 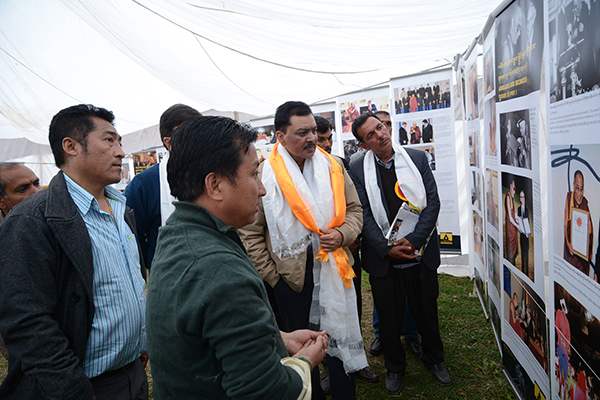 Captain J.M. Pathania, Director of the Urban Development, Government of Himachal Pradesh and other local Indian dignitaries at the Tibet Museum’s exhibition 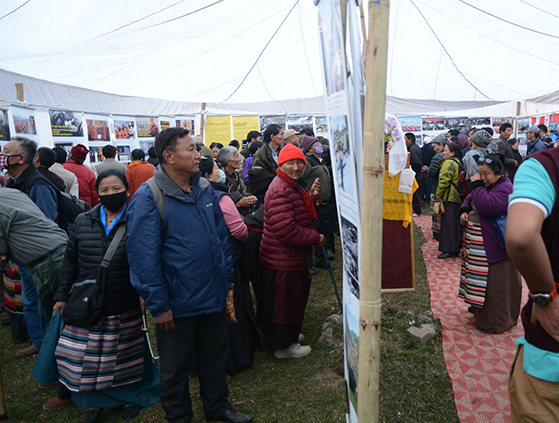 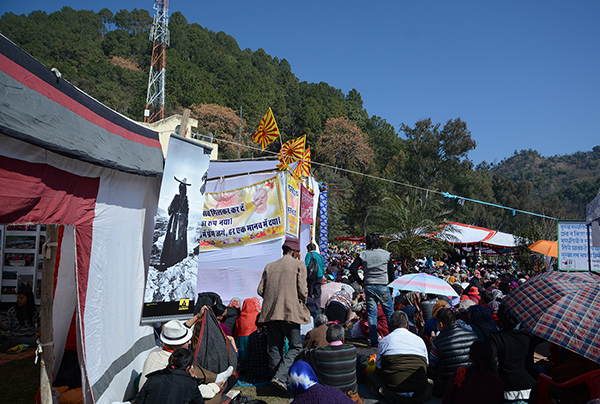 Thousands of Tibetans and Himalayan devotees receiving initiation from His Eminence the Sakya Trizin Rinpoche during the last day of the Tsechu Festival, February 18, 2016