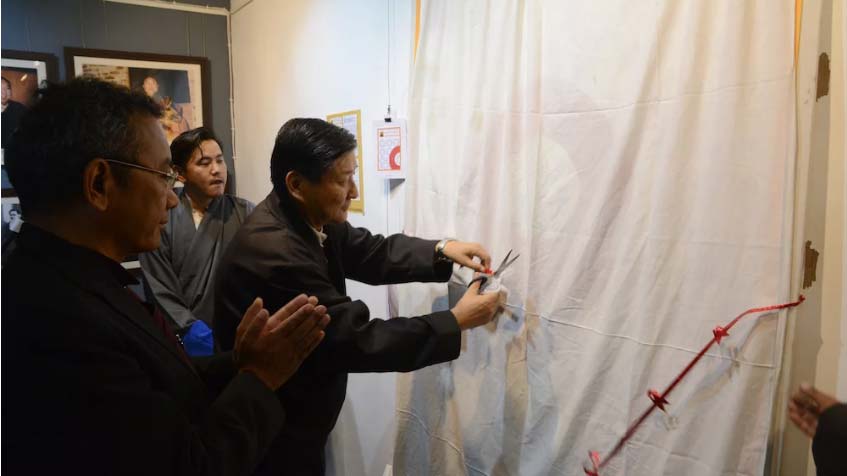 Dharamshala: Joining tens of thousand museums across the world in celebrating this year’s International Museum Day, the Tibet Museum of Central Tibetan Administration observed a special talk series on the evolving role of museums in the 21st-century communities with a focus on the Tibetan community.

Marked on every 18 May, this year’s International Museum Day theme, “Museums as Cultural Hubs: The future of tradition”, highlights the essential role of museums as active actors in their communities in advocating and mitigating global problems, striving to build bridges for a peaceful world and to define a sustainable future.

Recognising the growing participation among the global museum community in the International Museum Day celebration, the Tibet Museum, since 2016, launched an annual celebration of the day with activities in keeping with the annual theme and enhanced public engagement.

In accordance with this year’s theme, the Tibet Museum invited heads and students of four Tibetan schools namely Upper TCV, Lower TCV, Mowoen Petoen School and Tibetan Transit School and Tibetan NGOs for a daylong talk series by CTA dignitaries and representatives of Tibetan cultural institutes and a special excursion to some of the prominent Tibetan institutes in Dharamshala.

Inaugurating the talk series this morning, Chief guest Secretary Sonam Norbu Dagpo of DIIR discussed how the concept of museums has transformed over the years. “The traditional concept of museum as an institution of memory is no longer the case. Re-invention of museums as an innovative, mobile and creative space for cultural expressions has enabled it to serve an increasingly diverse audience at the global level.”

With a focus on the relevance of museum to the Tibetan community, Information Secretary Tsewang Gyalpo Arya highlighted museum’s impact in shaping collective understanding through its representation of the Tibetan history and most importantly, in establishing the pre-1959 independent status of Tibet.

“Even though contemporary media are increasingly gaining clout, museums today remain equally important in shaping people’s understanding especially in this time of disinformation and propaganda,” he observed.

Last year, the Tibet Museum marked the International Museum Day with a special discussion on Tibetan history and culture. 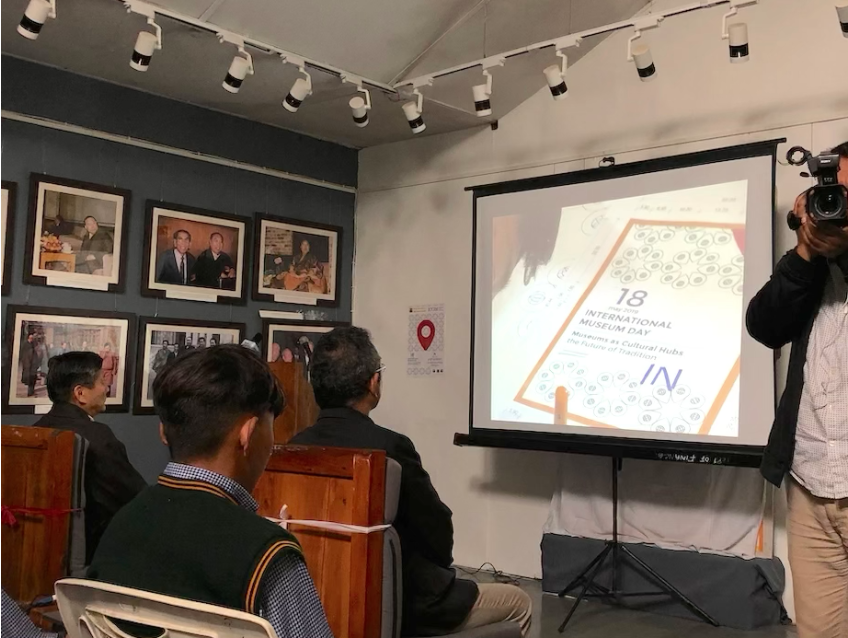 An 8-minute timelapse film of students of four Tibetan schools preparing the logo of 2019 International Museum Day is screened at the event. 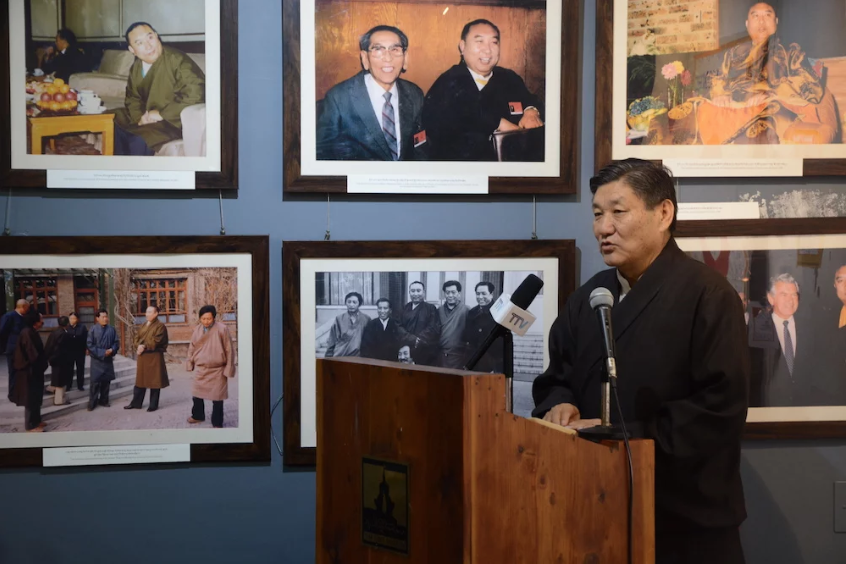 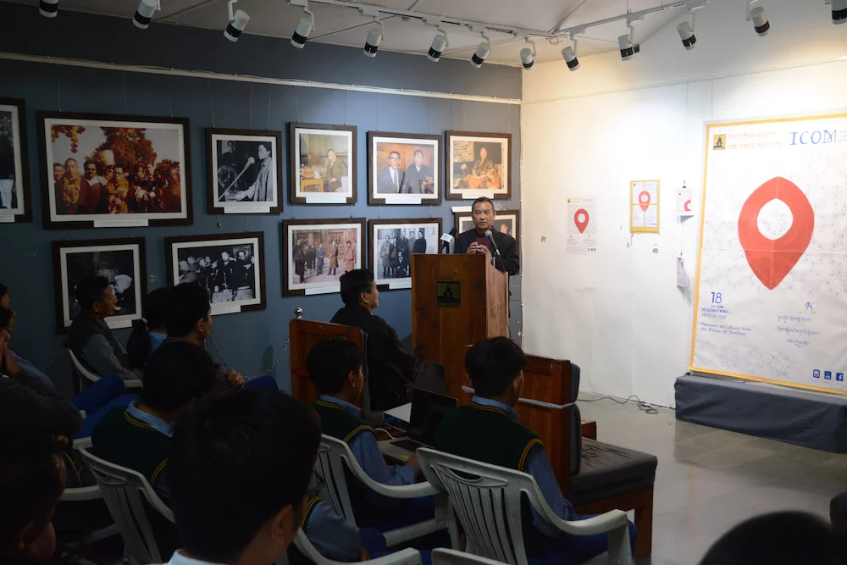 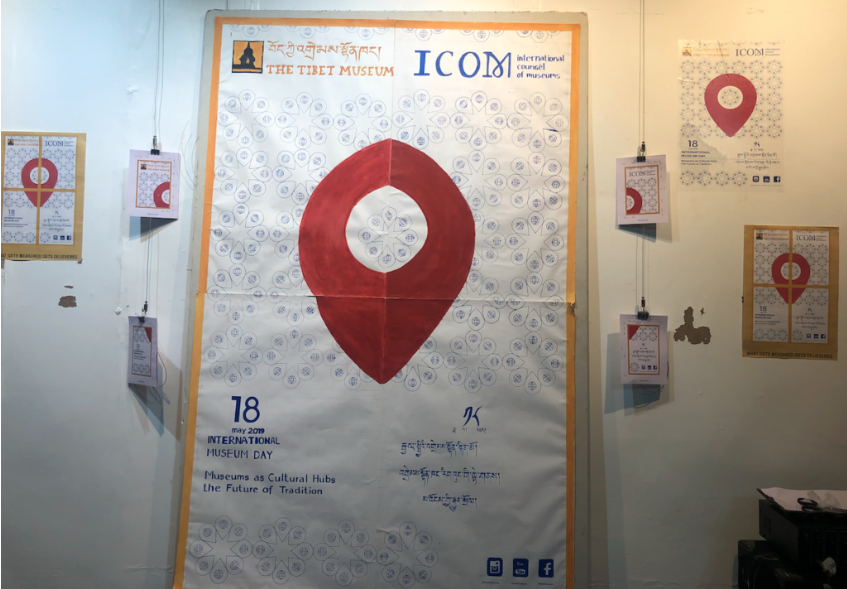 Hand-drawn logo of the 2019 International Museum Day unveiled at the Tibet Museum, 18 May 2019. 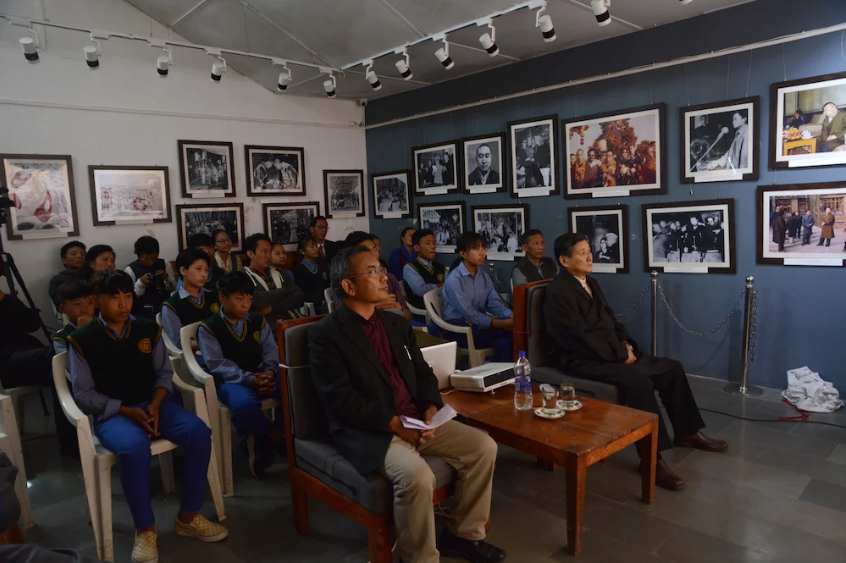 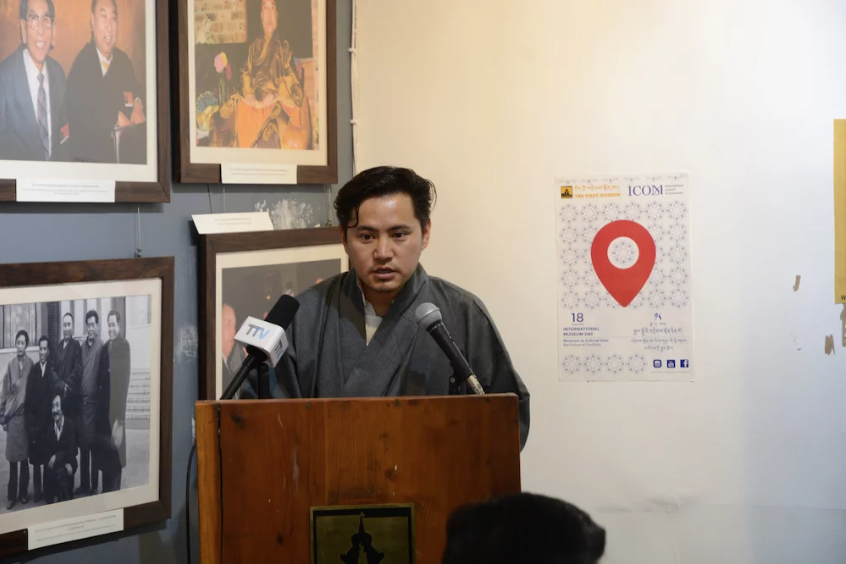 Tenzin Topdhen, Tibet Museum delivers the vote of thanks at the International Museum Day event, 18 May 2019. Photo/Tenzing Ramjam/CTA