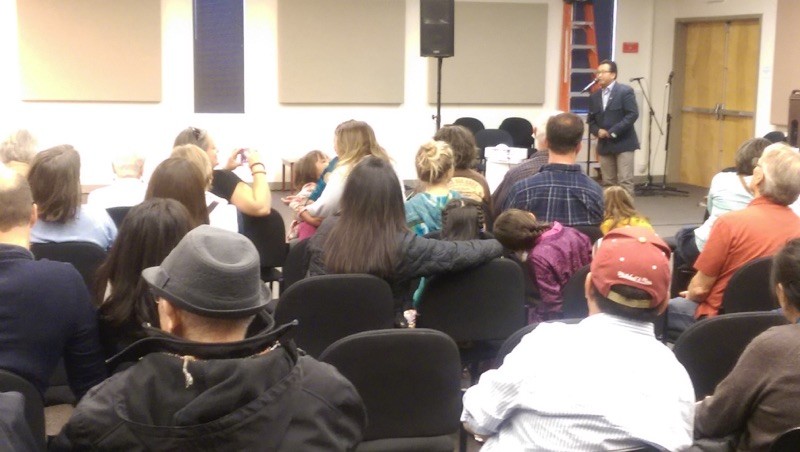 Mr. Tashi Phuntsok, Director of Tibet Museum at the exhibition in Boulder, Colorado.

COLORADO: The Tibet Museum of the Department of Information and International Relations, Central Tibetan Administration, in association with the Tibetan Association of Colorado, organized a two-day photo exhibition on the life and messages of His Holiness the Dalai Lama and Tibet’s contemporary history at Naropa University, Boulder, Colorado, from October 24 – 25, 2015.

The exhibition titled “Biography of His Holiness the Dalai Lama” features photographic narrative on His Holiness’ early life and responsibilities, his meetings with world leaders, awards and honors received and books in English authored and co-authored by His Holiness. It also features His Holiness’ three main commitments in life – Promotion of Human Values, Promotion of Inter Religious Harmony and Preservation of Tibet’s Buddhist Culture.

The second exhibition titled “A Long Look Homeward’’ depicts the story of Tibet’s past, present and hope for its future. The exhibition covers story of Tibet as it was before the Chinese occupation, China’s invasion of Tibet, Tibetans attempt to resistance, destruction of religious institutions and environment, human rights violation, sinicization, escape, self-immolations, Tibet Today, Tibetan community in exile and a timeline on History of Tibet.

The two-day event also includes screening of documentary films on His Holiness life and messages as well as traditional Tibetan song and dance performances by Tibetan Cultural School.

More than seven hundred visitors including Tibetans and non-Tibetans as well as students of the University came to see the exhibition and received positive response from the visitor.

The exhibition programme was held with an aim to educate and raise awareness about Tibet’s history, culture and present situations inside Tibet. It was also use to introduce the “Dream Project” of the Tibetan Association of Colorado and raise fund for the project.

The “Dream Project” of the Tibetan Association of Colorado is to build a Tibetan Center for Secular Ethics in Colorado. The center will serve as a resource for all Coloradans to promote inter-religious harmony, inter-racial tolerance and peace and compassion to all human beings. The center will also serve as a multi-purpose place for the Tibetan Community to preserve and nurture its culture and language through education, seminars, workshops, etc.

More details about the “Dream Project” is available at www.coloradotibetans.org

The Tibet Museum will showcase its next exhibition in San Francisco Bay Area from November 14 -15, 2015. 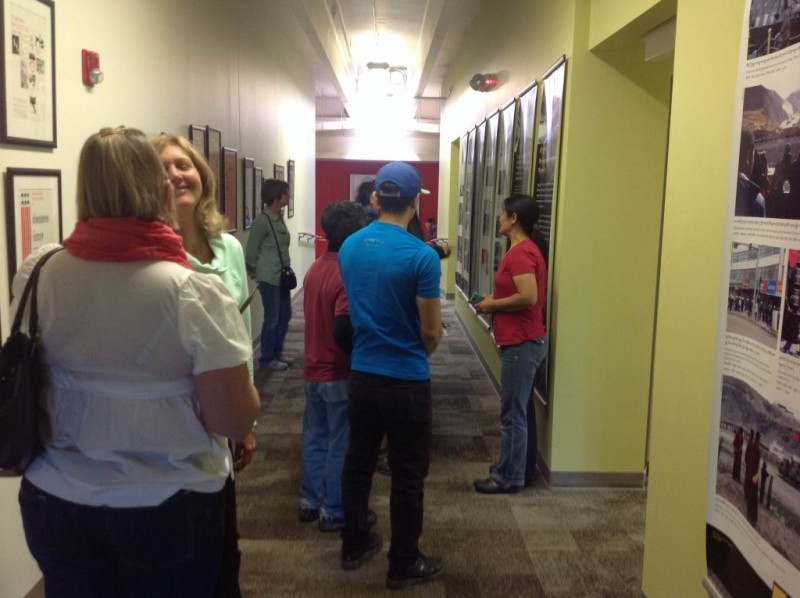 Visitors at the exhibition at Naropa University, Boulder, Colorado. 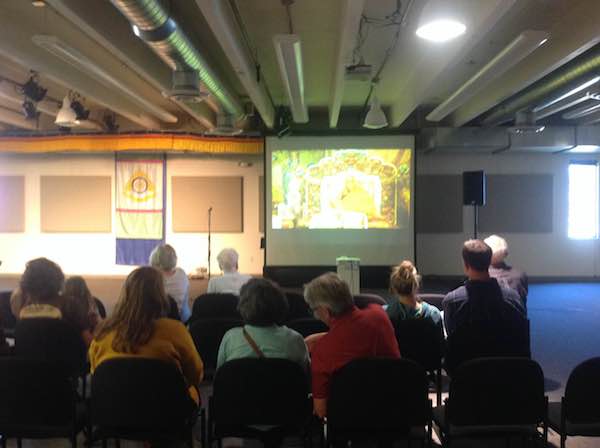 A documentary film on Tibet being screened at the exhibition.