CHENNAI: The Tibet Museum of Department of Information and International Relations, Central Tibetan Administration, showcased a two-day photo exhibition on Tibet at the University of Madras from 12-13 January. The exhibition was held at the university’s Department of Politics and Public Administration corridor.

The staff of the Tibet Museum explained the objectives for organising the exhibition to the visitors prior to the opening of the exhibition. The exhibition included panels on three themes namely ‘India-Tibet: Ancient Ties, Current Bonds’, ‘Self-Immolation in Tibet’ and ‘His Holiness the Dalai Lama’s Three Main Commitments in Life’.

Dr. R. Manivannan, Professor and head of the Department of Politics and Public Administration and a long-time supporter of the Tibetan cause, addressed the gathering on the first day of the exhibition. He remarked that “the human rights abuse in Tibet is the greatest human rights abuse of the 20th Century which continues to happen in the 21st Century.”

Around 500 students and staff from the University of Madras came to see the exhibition. Documentary films on the wave of self-immolation protests inside Tibet and other films on Tibetan history and culture were also screened during the exhibition.

DIIR Publications such as booklet on Middle Way Approach, Introduction of CTA and Tibet Museum’s newsletters were circulated among the students and visitors. 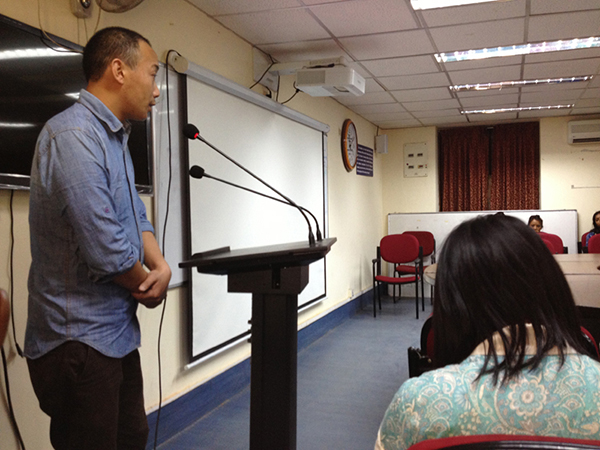 Tibet Museum staff Mr. Tenzin Ramjam introducing the themes of the exhibition to the students and visitors 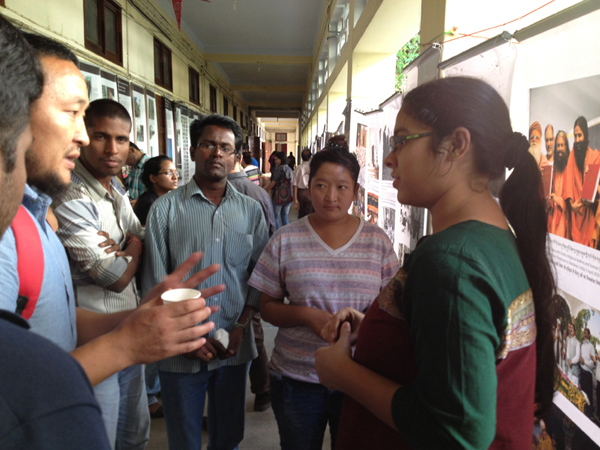 Tibetan students interacting with other students about the situation inside Tibet