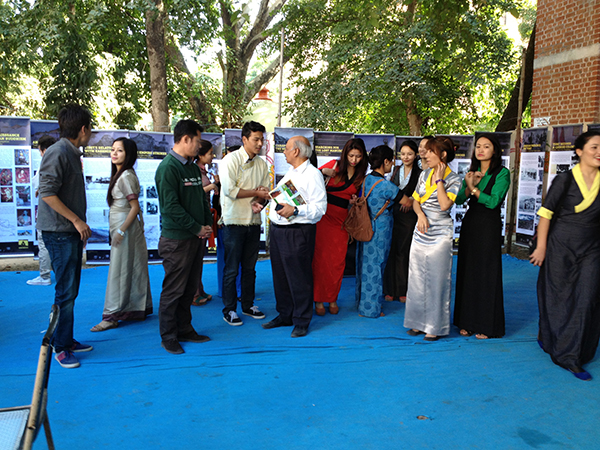 Tibet Museum officials with the chief guest at the exhibition

Vadodara (Baroda): The Tibet Museum of Department of Information and International Relations, Central Tibetan Administration showcased a two-day photo exhibition at Maharaja Sayajirao University of Baroda (MSU) from 6 – 7th January 2015. The two-day programme featured an exhibition on Self-immolation protests in Tibet titled, “The Burning Question – Why are Tibetans turning to self-immolation?” an exhibition on His Holiness the Dalai Lama’s three main commitments in life, and an exhibition on Indo-Tibet Relations titled, “India and Tibet – Ancient Ties, Current Bonds”. It also screened documentary films on History of Tibet and Tibetan’s Self-immolations Protests for the visitors.

Sh. K.S Agarwal, Syndicate Member and Union President of MS University inaugurated the exhibition on 6 January 2015. Hundreds of students, staff and local people came to see the exhibit and documentary film-screening held in the Arts Faculty of MS University.

The exhibition in Baroda was the first venue for a month-long tour of four major Indian cities to create awareness about the ongoing self-immolation protests and human rights violation in Tibet; to educate the Indian masses about the relationship that India and Tibet has shared since time immemorial and how it has in current days been strengthened; and to enlighten Indian youths and general public about the three main commitments that His Holiness the Dalai Lama has dedicated his life upon. The Tibet Museum will now move to Chennai to showcase the exhibition on 12 and 13th Jan 2015. 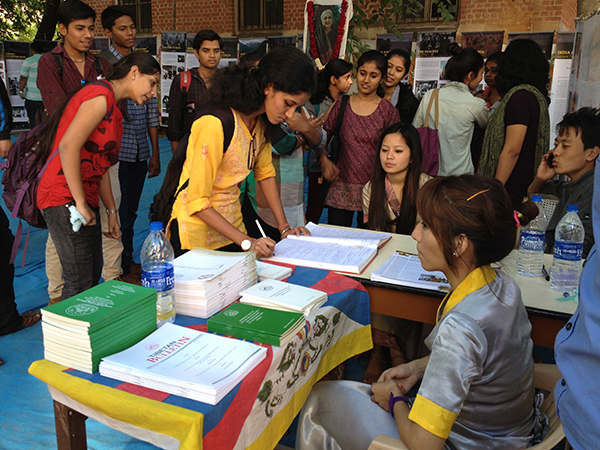 Student sharing their experience about exhibition through visitor comment book 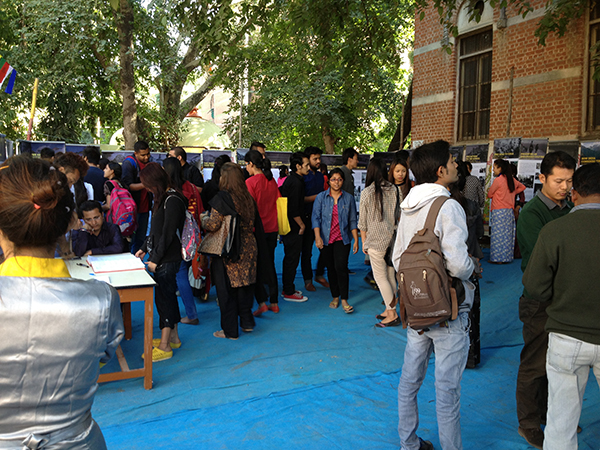 Visitors at the exhibition