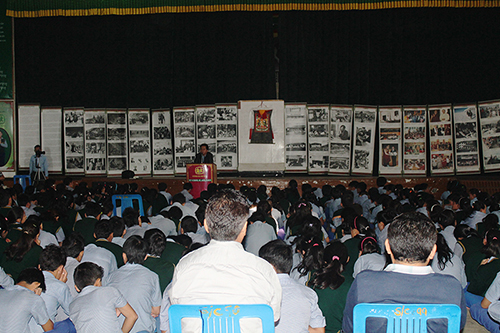 Mr. Tashi Phuntsok, Director of Tibet Museum gave a brief introduction on the three exhibition titles and elucidated some of the major contribution of His Holiness the Dalai Lama towards the Tibetan cause

Selakui: More than 800 students and teachers from the Tibetan Children Village (TCV) and Vocational Training Centre (VTC), Selakui, came in large numbers to visit the Tibet Museum’s exhibitions of rare photos on 21 October 2014, at TCV Selakui. The exhibition themes were His Holiness the Dalai Lama, Tibetan life-in-exile and the current situation inside Tibet. The event was organized by the Tibet Museum of the Department of Information and International Relations, as a part of “2014 – Year of His Holiness the Dalai Lama” programme.

Mr. Tashi Phuntsok, Director of the Tibet Museum gave a brief introduction on the three exhibitions and presented His Holiness the Dalai Lama’s major contribution of towards Tibet and the Tibetan people, including the establishment of settlements, schools and the democratization of the Tibetan community in exile. He urged the students to study hard and become competent enough to take responsibilities in the Tibetan exile administration and community. The exhibition was followed by documentary screenings in the evening.

Both students and teachers were very appreciative of the exhibition and CTA’s initiative to educate and inform the students.

The Tibet Museum will showcased their next exhibitions at CST Paonta Sahib on 24 October, CST Herbertpur on 28 October, Woodstock School, Mussoorie on 30 and 31 October and will later join Uttarkhand Autumn Festival in Nanital from 11-14 November 2014. 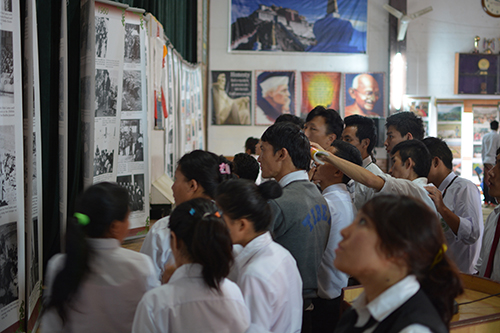 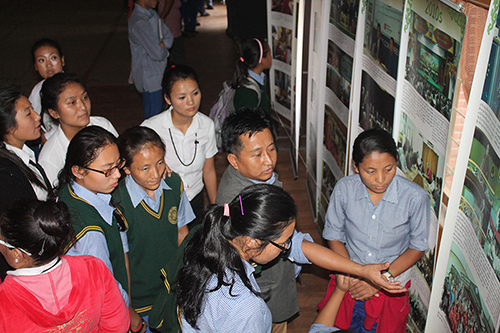